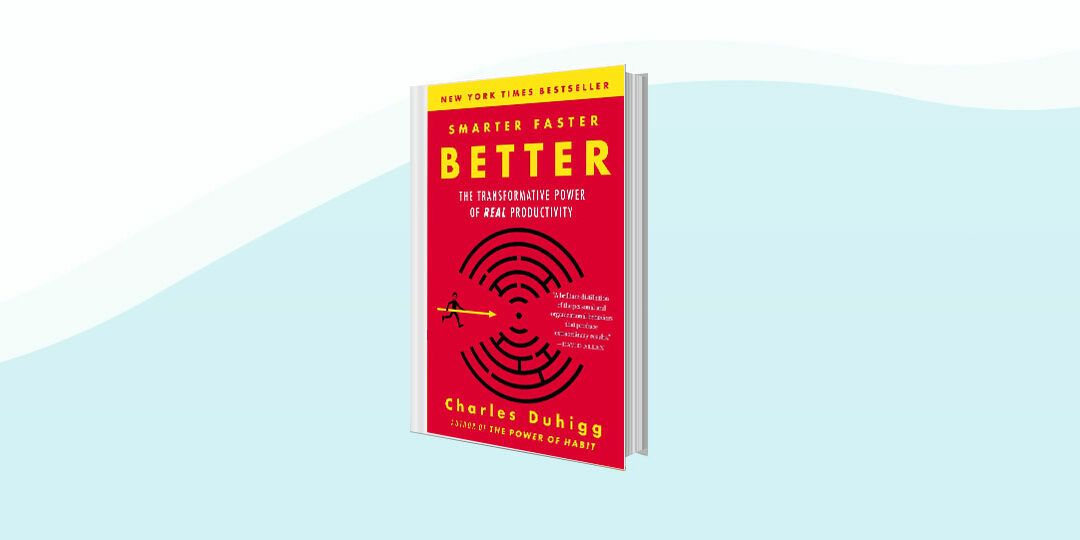 Charles Duhigg, the author of The Power of Habit, which I reviewed previously here, followed up that acclaimed book with a tome on productivity. Subtitled, The Secrets of Being Productive in Life and Business, one ought to quickly see that there is ample material here both for the workplace and one’s own harried life. “Productivity,” Duhigg begins, “put simply, is the name we give our attempts to figure out the best uses of our energy, intellect, and time as we try to seize the most meaningful rewards with the least wasted effort.” To Duhigg, productivity is about succeeding and getting things done with the least stress, the least struggle, and the least chanced of sacrificing what we care about.

He begins with motivation, which is rooted in the need for control, which we prove to ourselves by making decisions, a fact, as Duhigg describes it, which the U.S. Marines figured out how to use to make basic training a training in recruits coming to believe in themselves. By now, as with The Power of Habit, we see that Duhigg is the consummate storyteller, a device which serves well. Why was Saturday Night Live so successful? Teamwork. And so on.

Thee are some chilling stories. In the chapter on Focus, we are subjected to the horrifying story of Air France Flight 447, a description of what’s known as “cognitive tunneling” that led to the airplane, an Airbus A330, ending at the bottom of the ocean, “not because of a defect in machinery,” Duhigg reports, “but because of a failure of attention.” Contrast that with the equally disastrous story of Quantas Flight 32 which, despite was saved by what Captain Riachard Champion de Crespigny demanded of his crew: mental modeling, where one envisions scenarios in order to prepare for them. It saved everyone’s life.

Goal setting, managing others, decision making, innovation, and absorbing data all get explored with everything from the Yom Kippur War to Cincinnati’s turnaround of a failing school to the ingenious success of Disney’s Frozen. The takeaways are numerous and, thanks to the stories, enduring in memory.

Duhigg adds an appendix to make each point, from motivation to goal setting and so on, workable for the reader. Because in the end, naturally, the book is about how I can become smarter, faster, and better. It’s also about how our company can, too (consider the success of teams, which helped both Saturday Night Live and Disney).

I myself, last year, summarized the entire book, each point, and presented it to the Capture writers every other week at our meeting. I simply asked them to read my summaries of the points and we could talk about how to institute the points in our own daily work. I encourage you to do the same.