Home > Blog > With AI, Fear Is More Exciting Than the Alternative

With AI, Fear Is More Exciting Than the Alternative 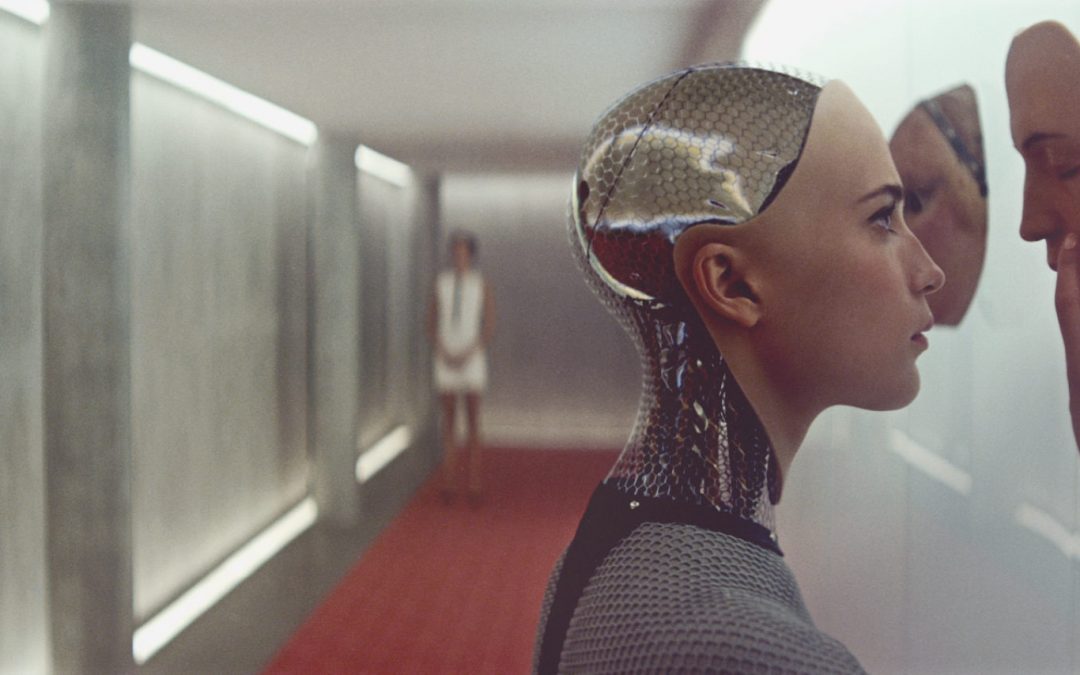 As a writer favoring speculative fiction, I have been interested in Sci-fi for as long as I can remember. The defining characteristic of sci-fi is the drive to answer the question, “What will life be like in the future?”

Different stories envision different futures — some good and some daunting — but one possible outcome comes up quite frequently in the genre: 2001: A Space Odyssey, The Terminator, The Matrix, I, Robot, and Ex Machina all portray worlds where artificial intelligence has become so advanced that it endangers humanity. The question is, with artificial intelligence becoming more and more advanced every day, should we be worried?

As sophisticated as artificial intelligence is, it still has a long way to go before we’ll need to start worrying about it producing human-killing robots that look like Arnold Schwarzenegger. Remember that writers favor portraying frightening futures because fear is more exciting, not because those outcomes are more likely. A book about a guy who turns on some music by talking to a cylindrical device on his kitchen table is far less interesting than a story about a robot who turns on some music by asking a human slave chained to its kitchen table to play a worn keyboard salvaged from the ruins of civilization.

Obviously, between AI’s technological limitations and the fact that we humans still control the plug, I think it’s safe to say that we don’t need to worry about Amazon’s Alexa becoming angry, leading a machine revolution, initiating total thermonuclear war, and enslaving whatever is left of humanity. However, a very reasonable concern raised by many is that AI will steal jobs from humans who need the work to support themselves and their families. This, I would agree, is a much more likely scenario.

While about three-quarters of Americans appear to have a positive outlook on the future of artificial intelligence overall, according to a Gallup and Northeastern University study, about three-quarters of Americans also believe that AI will eliminate more jobs than it will create. While speculation about the future is just that, I too believe that artificial intelligence will make some jobs obsolete.

It makes sense. There are some things artificial intelligence can do as well or better than humans. We’ve seen AI hold its own against humans in video games — Alien: Isolation’s antagonists learn how to hunt players based on their previous evasion tactics. We’ve seen AI beat humans at chess. We’ve even seen AI best humans at Jeopardy!, a game show with question clues that often rely on metaphors and obscure references, which one would think would stump a machine.

Inside Higher Ed, in an article entitled, “What Role for Higher Ed in an AI World,” cited Joseph Aoun, the president of Northeastern University, who suggests that colleges will need to change to better enable students to thrive in a world changed by the artificial intelligence revolution. According to Mr. Aoun, the only way to do that is to focus on training students to do jobs that machines cannot do.

It is safe to say that the demand for college education and beyond may increase as some jobs go to AI, but remember what I said earlier: Fear is more exciting than the alternative. We as humans have an inclination towards thinking about and expecting the worst, even though it seldom actually comes to pass.

In spite of the increased efficiency, I like to believe that people as a whole will never be replaced outright, even if the opportunity to do so arises. Work is a part of life. We all must toil to make a living, and, in most cases, it is the people we work with who make the difficult parts of a job worth the stress. A work environment devoid of that human element — that community spirit — won’t be worth the potential increase in efficiency and productivity to most employers.

I believe that artificial intelligence, for the most part, will continue the way most automation has: by assuming a role assisting humans by making their daily tasks easier, not by replacing them outright.

This notion really hit me when I discovered a commercial for Vivint Smart Home, an automated security system. The commercial opens with a man driving an old-fashioned car in the rain. Two men in old-fashioned attire stand on the outside of the car as it drives, one on each side, and take turns squeegeeing the windshield in a way meant to mimic windshield wipers. One of the men then says, “Human jobs have been lost to automation for centuries.” A wipe then transforms the car into a sleek, modern vehicle with windshield wipers.

A couple examples later, the commercial switches to a couple who say that there are some jobs where you should be replaced — specifically, the jobs made up of the random tasks all homeowners (especially those with kids) have to do without getting paid, like being your home’s security guard, among other things.

The commercial attempts to respond in a humorous way to the fear of losing jobs to machines by showing that, historically speaking, machines have generally made our lives easier by assisting us with mundane tasks, not by replacing us at our actual jobs. Does this security system mean real security guards will lose their jobs? Not at all. It will just make homeowners feel safer, knowing that they can keep an eye on their homes even while they are away. In the event of an intrusion, the system does not combat the intruder — it notifies the user and calls for help. Likewise, in the event of a fire, it notifies the user, calls the fire department, and shuts off the A/C to slow the spread of the fire.

In summary, I believe AI will play a similar role in our lives to most other technological advances. While some jobs will certainly be lost, I foresee a future not where humans are replaced en masse, but where most industries integrate Artificial intelligence in such a way that makes it easier for humans to do their jobs efficiently and correctly, similarly to how computers currently make our jobs easier. Likewise, Higher Education will not be forced to train humans in an ever-shrinking pool of jobs that AI cannot do; rather, Higher Education will adapt to train people how to work with Artificial Intelligence in their chosen field, just as it currently teaches students the computer skills needed for specific jobs.

And don’t worry. A pleasant future where humans and artificial intelligence coexist won’t make us sci-fi writers obsolete either. As long as there is a future to speculate about, we’ll find ways to fill it with adventure.