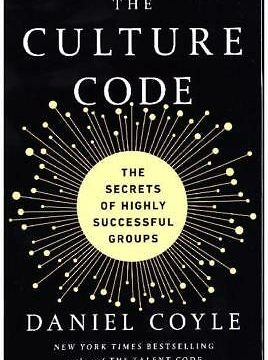 As with Capture, so with Disney, Google, and the Navy SEALS: we all create, and try to define, the culture of an organization. Since we may agree that a “culture” might show up in a task (that is, a bunch of people trying to accomplish something), then consider this task: with twenty pieces of uncooked spaghetti, one yard of transparent tape, one yard of string, and, to top it off, a marshmallow, build the highest possible structure you can. There is one caveat; the marshmallow must be on top.

This test was given to a number of groups. Business students. CEO’s. Lawyers. In each case, they did all right, and some groups better than others, but none of these groups of able adults, of people who can display intelligence, planning, and professionalism, managed to beat the group that won with the highest structure at 26 inches.

Why is this? It turns out it has nothing to do with your skill set, per se. In fact, it doesn’t have to do with “you” at all. “Culture is a set of living relationships working toward a shared goal,” says Daniel Coyle. “It’s not something you are. It’s something you do.”

Much of a culture—and that goes for any culture, from a company to a sports team to a family and even a relationship—depends on “belonging cues.” Belonging cues are simply cues that one extends to someone else—a single person or an entire group—that signal belonging in terms of psychological safety. These cues have three basic qualities.

First, energy; a person invests in an exchange, a conversation. Second, individuation; a person is treated as unique and valued. Third, future orientation; a person is signaled that a relationship will continue, that there is a “future.” The totality of the message, says Coyle, can be summed up in the singular phrase, “You are safe here.”

The brain, says Coyle, is constantly on the alert for danger. But belonging cues signal to the mind that we can “stop worrying about dangers and shift into connection mode,” which is the psychological safety that allows us to open up, be vulnerable, and to feel connected. And this alone—not pep talks or instruction manuals on a corporation’s established culture—creates a “culture” that people buy into because they feel like they belong.

One way to make people feel like they belong is a belonging cue. A belonging cue is a behavior that creates safe connections in a group. “They include, among others,” says Coyle, “proximity, eye contact, energy, mimicry, turn taking, body language, vocal pitch, consistency of emphasis, and whether everyone talks to everyone else in the group.” A belonging cue, he goes on to say, have three basic qualities: energy (the investment in an exchange), individualization (treating people as unique and valued), and future orientation (signaling a relationship will continue).

All together the message conveyed is simple: “You are safe here.” When connection mode is established, the brain shifts easily into the condition of psychological safety. The first section of the book looks at organizations that have been successful with this: Google and the San Antonio Spurs, among others.

Vulnerability—and this is something we’ve seen Brené Brown talk about thoroughly—is not a weakness but a strength, and especially so in leaders. The message a leader can and must convey is “It’s safe to tell the truth here.”

The book is a rich source of how one can make a culture work. Some come directly from the organizations interviewed; for example, “Envision a reachable goal, and envision the obstacles,” an example of mental contrasting that allows for recreating a “story” about an organization—or any relationship, really—so that the story becomes the motivation. “Find the yes,” goes another. “Stone after stone builds a bridge,” goes yet another. “The number one job,” as another example, “is to take care of each other.” In culture, only the group matters, and that’s where we all find the fulfillment.

Failure is recontextualized as a success. “Fail better,” said Samuel Beckett, and he was right. A crisis is a way to crystallize the purpose of an organization, a marriage, a relationship. As always, the reader can see here that I like to extend the meanings of these books into the sphere of the personal, where they often belong.

In an organization that changes, finding that harmony in the culture is essential. Throughout The Culture Code, Coyle shows the way.