CaptureNotes: The PROSPER Act Changes Everything

Welcome back to CaptureNotes. It’s like Cliff’s Notes … or Sparknotes … but on all things higher education. In this installment, we review the PROSPER Act. What should you know? Check your notes.

As a former financial aid director, my first reaction after reading the proposed federal student aid shifts embedded into the PROSPER Act is: this bill changes #allthethings.

The PROSPER Act calls to have ONE federal grant program (Pell), ONE federal loan program (Federal ONE loans), and ONE Federal Work-Study program (FWS).

What prompted this Act? The Higher Education Act of 1965 essentially started the Federal Student Aid program as we know it today. Since then the Act has been reauthorized eight times with the last occurring in 2008.

Though the PROSPER Act includes items such as free speech initiatives, mobile friendly FAFSA website and a College Dashboard Website, the major public scrutiny lies in the large-scale shifts to the Federal Student Aid (FSA) program.

The PROSPER Act Would: 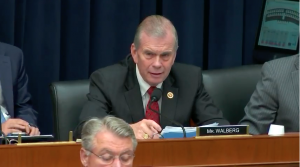 “I am hopeful that this will be one of the most substantial reauthorizations that we have had in the history of the Higher Education Act.” — Rebecca Babel, Financial Aid and Scholarship Office Director

“If the bill is brought to the House floor without significant changes, APLU would oppose the legislation as it would sharply increase the costs of higher education for students and make students and taxpayers more vulnerable to predatory actors and poor performing institutions and programs.” — Peter McPherson, President and CEO of the Association of Public and Land-grant Universities

“…the PROSPER Act, which passed out of the Education and the Workforce Committee along party lines, exacerbates the increasing burden of student debt and continued inequity in higher education access and outcomes. It would make higher education less affordable, saddle students with greater debt, and push more students into loan default.” — Letter from 35 Higher Ed Organizations Regarding the PROSPER Act

“The biggest impact will come for current and future students interested in earning Public Service Loan Forgiveness (PSLF) for their work in the public sector. Perhaps to prevent an uproar, the bill does not outright eliminate the program — instead, it makes eligibility essentially impossible … The bill also caps how much a student can borrow for graduate or professional school at $28,500 per year. (Under the current Direct Loan system, a student can borrow as much as it costs to go to graduate or professional school.) As a result, many borrowers will be forced to seek help from private sector lenders.” — How the PROSPER Act Hurts Graduate and Professional Students

PROSPER Act in the News: