Graduate Student Recruitment — Staying in Touch During the Lags and Gaps 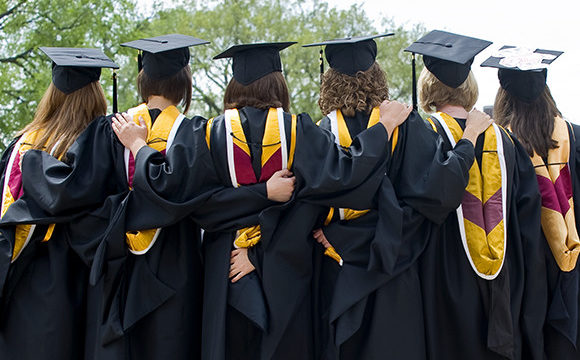 While it’s sometimes difficult to define, anyone who works in graduate enrollment will tell you there certainly is a cycle. There is a landscape to the graduate student recruitment season; it’s just more protracted and less predictable than the undergraduate enrollment management.

With undergrad, enrollment counselors start a cycle assuming they are talking to sophomore and junior high school students. They then roll those prospective students over until they are communicating with “true seniors.” They know they can expect a heavy application volume from that group. Most importantly, they know that an overwhelming majority of those students are going to college. By late August or early September, most are headed to a campus somewhere.

That’s not the case for graduate student recruitment. The process is longer.

On the domestic side, graduate students often take as long as 18 months researching and deciding before ultimately enrolling as a graduate student, says Jack Klett, Capture Higher Ed’s director of graduate and online initiatives. For international students, that incubation and cultivation period can be as long as 30 months.

Last year, Klett, who describes himself as a “higher education evangelist,” but a “graduate enrollment practitioner,” was director of recruitment at Jefferson, where he led the first-year, graduate, international and transfer recruitment efforts through the merger of Philadelphia University and Thomas Jefferson University.

“At Jefferson, we were in a situation where I knew, as we were heading into the spring, we had 45 or 55 percent of the applications we were going to get,” he says. “Which is good to know, right? Because you can then determine how aggressive to push forward through the spring.”

Again, the graduate student recruitment cycle is similar to undergraduate, but the ramp up is far longer. The question becomes: How do you keep your prospects engaged with your programs? How do you deliver messages to them that are relevant over the course of that extended period?

“Graduate students can choose to take as many gap years as they want,” Klett says. “They inquire about a program — and there’s nothing making theme apply — they can wait. Life happens for these folks. Family commitments. Promotions at work. Those types of things … and it just delays and delays.”

So it is crucial for graduate enrollment offices to stay in communication and continue building relationships with their prospective students. Contact Capture today and we’ll show you how we help.