How to Give Your New Programs the Launch They Deserve 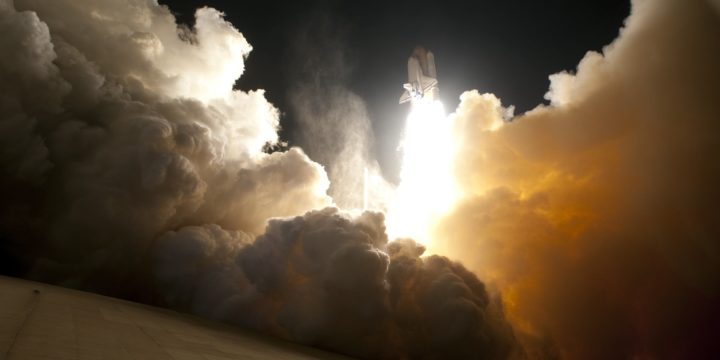 Is your university introducing new academic programs this fall? If so, are you doing all the things necessary to prepare for a successful launch? In a recent Capture Higher Ed webinar, Jack Klett, Capture’s director graduate and online initiatives, and Jamie Gleason, director of undergraduate initiatives, discussed all the elements that should be addressed when rolling out new programs at an institution.

“[Capture] has quite a number of partners that are launching new programs at both the graduate level and undergraduate level this coming fall,” Klett says at the outset. “But we also know from our own experience in dealing with program launches — the marketing and recruitment of them — that this is the time when a lot of that planning starts for those programs that will be launched come late summer and fall 2020. It makes sense that we’re talking about this now.”

Additionally, there has also been a whopping 71 percent increase in professional credentials or certificates completed at universities since 2001, he adds. “That’s significant because we’re seeing, at both the undergraduate and graduate levels, this idea of professional credentialing both as an insurgent competitor to established higher education but also as a partner to established higher ed programs.”

Why are all of these programs being added?

“A big reason has to do with net tuition revenue,” Klett says. “As we all know, as we’ve all experienced, we have witnessed a decline in the number of traditional-aged undergraduate students enrolling at institutions. We see programs being added, particularly at the graduate level and certificate level, to create an additional revenue stream.”

Universities also are leveraging online platforms for non-traditional students who have some college credit and are interested in accelerating their degree completion, he adds.

“That’s important because, not only have we seen the decline in traditional, but we’re also dealing with this ‘amenities cold war’ as institution by institution by institution compete with one another to provide the best dining hall, or the best athletic facility, or the best residence halls. And that, of course, has led to a significant increase in expenditures,” Klett says. “So, program growth is seen as one of the solutions to providing and capitalizing on additional enrolments and therefore additional revenue.”

Klett and Gleason were joined in the webinar by special guests Lloyd Russow, a professor of international business and marketing as well as former associate provost and graduate dean at Jefferson (the merged Philadelphia University and Thomas Jefferson University), and John Witherington, Jefferson’s current director of admissions. Both have been actively focused on new academic programs at the university in recent years.

Tune in to the webinar, 3, 2, 1 Blast Off! How to Give Your New Programs the Launch They Deserve, for this fascinating and relevant discussion on launching new programs into the current higher ed universe. You’ll find that some of the tactics also can be applied to more mature programs as well.