The Staying Power of Oxford: An Example of Adaptation 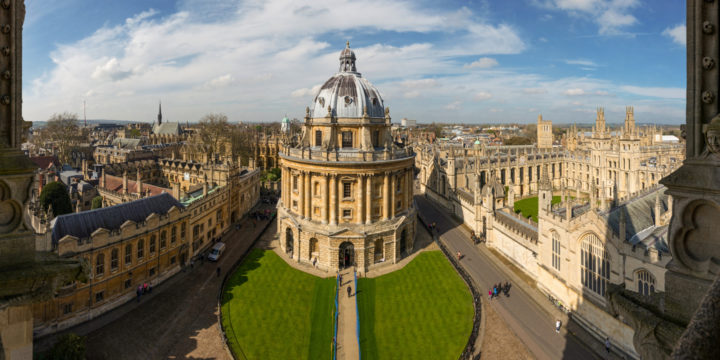 Oxford, dating back at least 800 years (and in fact, no one really knows exactly when it was founded), is, as far as colleges go, one of the ultimate examples of longevity. How it has maintained its staying power falls into three categories, according to Jenkins.

First, Oxford is a gathering of preeminent scholars and students — and all in one place.

Second, Oxford is self-governing — in the 13th century, it became a corporate structure that was distinct from the jurisdictions of the city, the church, and the crown.

Third, the practice of “common inquiry” was established, where the students’ minds were trained through participation in disputed questions posed by a master.

Medieval universities like Oxford prepared students, says Jenkins, “to become a full participant in such communal inquiry.” One became a “bachelor” through several years of attended lectures. To attain to a “master” degree, the student had to “satisfactorily conduct a disputed question himself.” (And, as Jenkins points out, all students were men at that time.) Those inquiries evolved over the centuries. Science, of course, entered the scene later.

Universities at the time served to supply “highly trained men to serve church and king, in commerce and in estates.” In short, the world needed educated officials to aid the king, the bishops, and the landowners. “The training students received at the university,” says Jenkins, “was seen to be of great value in preparing talented men for a range of high-level professional responsibilities. And it has remained so for centuries.”

This “training” took its cue from the medieval trade guilds. To achieve a “bachelor of arts” is based on the stages an apprentice had to go through to reach subsequent levels. Thus, as Jenkins points out, there was a “guild of scholars” not unlike carpenters or glaziers. That said, the majority of these graduates did not go on to be scholars, but rather they “went on to work in a wide range of professions that demanded a high degree or intellectual sophistication.”

Sound familiar? It sounds a lot, to me, like a liberal arts education. Says Jenkins, “We can only conclude that the curriculum of the 13th-century university effectively trained its students to take on any one of a wide variety of professional positions. Otherwise, it would not have attracted students and not have survived. So it was in the 13th century, and so it has been in subsequent centuries up to today.”

At the same time, he points out, universities did not train for particular professions. This allowed the university to be flexible and to adapt to the changes in technology and the economy that were to come over eight hundred years.

“We often hear that education at universities is not particularly relevant to this or that profession, or that what someone needs to know for a particular profession could be delivered more efficiently,” Jenkins says. “To some extent, this kind of objection argues for training for a particular occupation similar to that of the medieval trade guilds, perhaps at a higher level of sophistication.

“Yet the bet that universities and their students have made for centuries is that training in the practices of inquiry by faculty at a high level in their discipline will give a student the knowledge and intellectual skills to flourish in a wide range of professional careers. Such training remains valuable even as the demand for particular trade waxes and wanes. It is an investment that has proven to be sound over many years, and I would wager that it will prove to be so for years hence.”

Read more about the surviving power of the university at Inside Higher Ed.

Speaking of technology, Capture Higher Ed can help you adapt to one of today’s technological strengths: data. There is value in higher education and the liberal arts, as we’ve written about repeatedly — and what constitutes that value, in part, is the community of scholars and students you can assemble. The way we see it, you as a college can provide the scholars, and we can help find the students who are willing to be questioned and challenged.