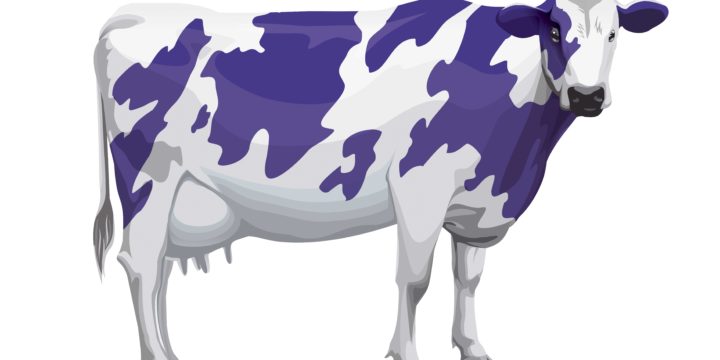 What is it that sets one college apart from another? Students want to know. It seems like every college has some iteration of the same programs: study abroad programs, internship opportunities, and dorms with free laundry. Most colleges offer visit days that include a free lunch, but if the old saw that “there is no free lunch” holds true, then admissions teams have to determine what truly sets their institution apart from the more than 4,000 other institutions in the United States.

As part of Capture’s research into communications strategy, we recently read Seth Godin’s Purple Cow. The main lesson of the book is that traditional marketing—mostly what we commonly think of as advertising, especially television commercials—is largely dead and needs to be replaced.

When we’re talking about advertising, we really mean “ads”: magazine ads, billboards, radio spots, all of the traditional advertisements that were at the forefront of society in the latter half of the 20thcentury. This kind of advertising, which was effective in the decades following the invention of television, has lost favor because the public is not willing to give their attention to these ads. Coupled with the fact that the public already has numerous choices of products to buy, and because they largely buy what they want because of word of mouth (rather than flashy Super Bowl ads or full pageNew York Times ads), this form of marketing is already a waste of money.

Godin’s answer to this conundrum is deceptively simple: instead of making a product and then figuring out a way to market it, let the product be the marketing device itself. Then, instead of a massive carpet-bombing campaign (as exemplified by the television ad or the billboard) where the product is marketed to everyone, focus instead on a niche market. In other words, target.

The question for Capture is how to translate this to what a university is doing. The first thing we need to do with our college partners, or else encourage our partners to do, is to embrace “remarkable marketing.” What is it about an individual college that is remarkable? What is the program, club, or opportunity they have that no one else has? What is it about these colleges that are Purple Cows?

What is a Purple Cow? It’s the one big thing that stands out so much that people can’t help but turn their heads. It could be, say, Bethel College’s “3-in-2” engineering program, where students can earn a math/physics degree from Bethel and then a bachelor’s degree in engineering from Notre Dame. This is not a program I’ve heard of any other college doing, and it sure looks like a “Purple Cow.” For one, it targets a niche audience (engineering students) and markets an innovative program that some students may want to jump on right away.

And when they do, what happens? Word of mouth spreads the Purple Cow to other prospective students. We at Capture don’t do the marketing any more; the program sells itself via the students in it. That is, Capture only starts that cow out to pasture and waits for the heads to start turning.

It’s important to remember that today’s colleges and universities are trying to break the ice with a base that is extremely resistant to unwanted advertising and unasked-for messages: Millenials and, coming up quickly, Gen Z. These generations’ attention is limited, and their choices are many. They’ve grown impatient with traditional marketing. Thus, they are highly suspicious of what Godin calls “the product made for everybody,” which is really, he says, a product for nobody.

We have to also keep in mind that we should not “follow the leaders,” as RC Cola trails behind Coca-Cola. We at Capture must find in each of our college partners what makes them a leader in education and programming, in sports or travel abroad opportunities. We have to find in each college the attribute that sells the program.

In the end, the college sells itself. Our job is to find those Purple Cows that allow this to happen.