Don’t Open This Email: How to Talk to a Brain 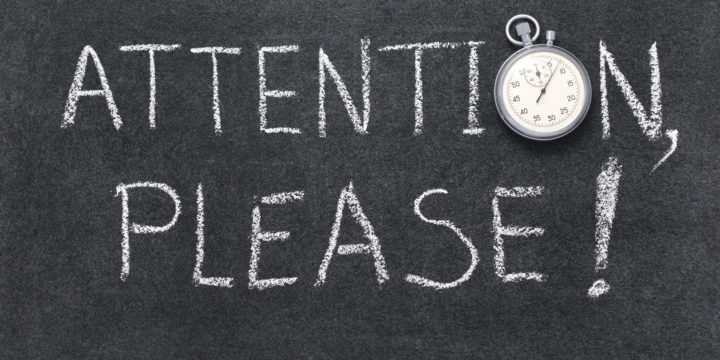 In today’s world of social media, 24-hour news, and all the other kinds of virtually endless information, there’s really only one commodity that matters: your attention.

Since at least 2000, when The Attention Economy: Understanding the New Currency of Business was published, we’ve known that everyone — colleges, businesses, fundraisers, your local newspaper, not to mention your colleagues and family — is competing for your attention.

And your attention, it turns out, is precious enough that your brain devises ways to filter out what’s unimportant and focus on what is: the things that help you survive and achieve status.

One afternoon, I tested this idea. At about 3 p.m., when I figured all of my coworkers at Capture Higher Ed would be busy with work but also winding down for the day, I sent out an email to the entire company. The subject line read, “Ignore this email Please! No, really.”

Inside, I gently admonished them for not following directions — and then asked them to reply back as soon as they finished reading my short email.

But why did they open it? It could have been partly “name recognition.” After all, they know who I am. The subject line, admittedly, was purposefully stupid. But this wasn’t — as a few people conjectured — a test of email opens or subject line experimentation. This was solely and simply to see if I could get their attention.

And I did, at least for slightly more than a third of the company. But let’s face it: that’s a pretty good conversion rate.

But that’s not what interested me. I wanted to know how their brains would react. After all, this was a stupid-looking email; why, when they were likely working on something far more important, did they bother to even open it at all?

In 2011, on Black Friday, the outdoor clothing company Patagonia took out a full-page ad in the New York Times that read, DON’T BUY THIS JACKET. Ben Parr, author of the book Captivology, says the company basically disrupted consumers’ expectations about the infamous shopping day — the company basically told customers not to buy new gear and instead buy only what they need.

The ad went viral, and the company’s sales shot up 40 percent over the next two years.

My idea was not so lofty, but I wanted to see how I could trigger people’s brains to pay attention. Of the twelve triggers Parr talks about in his book, it is the reward trigger that I, well, triggered.

Think about it: your phone pings. What happens? You get interested, which is to say, your attention is engaged. Why? Because your brain anticipates a reward. And what stimulates that anticipation is a burst of dopamine, which the body releases when it thinks there is a potential reward. To do what? Why, open the email of course. It could be good news, or funny, or important, or …

“Our natural reward system is optimized for novelty and the search for new information,” Parr says. And he’s not just guessing — his book is based on scientific research into attention and motivation. He interviewed scientists and master marketers.

And I learned from Rachel Lightfoot Melby, a strategist and researcher for YouTube, that I had to get their attention in 15 seconds. And what I triggered was a complex mechanism in my coworkers brains linked to motivation and desire. So, “when the phone vibrates,” Parr explains, “you’re going to check to see what notification just popped up on the phone. Is it an email? A news article? A tweet?”

I’ll be writing more about this in a long-form piece that will seek to answer this question: how can we get the attention of prospective students … and keep it? Because getting their attention and keeping it, it turns out, are not the same.