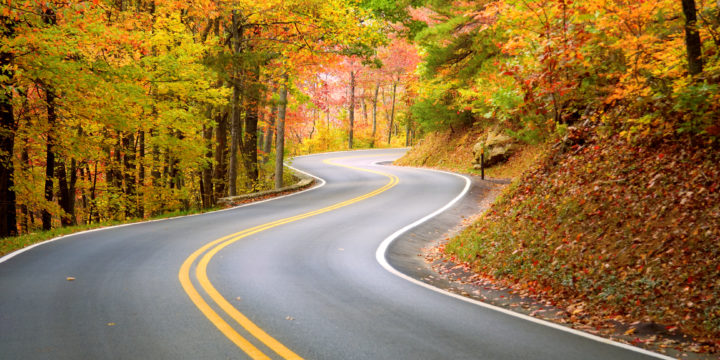 At the beginning of episode 15 of The Weightlist Podcast — before Thom Golden and Brad Weiner even cracked open their beers — the hosts were carried away by stories of their early careers on the road, recruiting students.

As anyone who has ever worked in college admissions knows, fall is admissions travel season. It’s a time Brad remembers fondly.

“I always really enjoyed it,” says Capture’s director of data science who has spent his entire career in higher education. “I got a kick out of seeing different parts of the country and meeting different types of students.”

“I’d be in some random city and have no idea what the ballot initiatives were … and it would be like, ‘Vote NO on 6! Because Monkeys Deserve Diapers Too!’ And I’d be, like, what? What’s that ballot initiative all about? I would end up googling around and researching what was going on in the various cities.”

Most counselors have amusing admissions travel season stories — several involving the perils of automotive travel. Brad and Thom are no exception.

Brad remembered one promising high school visit that took a wrong turn (so to speak) on the way back to the airport.

“There was a student who was extremely interested in the institution I was representing, and I spent 15-20 minutes answering questions and talking about a campus visit, and the student was extremely engaged,” he recalls. When he left the high school “that very student, on the way out, rear-ended my car.”

Brad doesn’t remember where the student ended up going to college.

Thom, who is Capture’s senior vice president of data science, recounted a story from his first year in admissions — a year he was lucky enough to be given the Chicago area.

“I don’t know if you’ve ever recruited Chicago, but it’s obviously a gigantic market for admissions with a huge amount of students in it,” he recalls. “I was told by a lot of my director-level folks to be prepared. ‘You’re going to be swamped.’

“And I was freaking out.”

For his first trip, he was going to be prepared, so he “loaded down” his Chevy Impala “like I was going on a military operation.” There were 12 or so boxes full of brochures, viewbooks, magazines, directories, fact sheets and whatever else he could cram into the trunk, backseat, front seat and floor spaces.

“The car was maybe four inches off the ground,” Thom laughs.

Stopping for gas in the suburbs, he was waiting in line behind another car when a guy in the car next to him pointed out, in a thick Chicago accent, “Yer tires are a liddle low.”

As the Weightlist hosts finally got to their beers — for Thom a Torikumi (Dank Tank), a blonde ale that is a the result of collaboration between SweetWater and Telluride brewing companies; for Brad a Freewheeler Dry, a cider made by Sociable Cider Werks in Minneapolis — they sent out a toast to traveling admissions workers everywhere.

“A cheers to everyone out there who is in an airport or a rental car en route to wherever it is you’re going,” Brad says.

“Hopefully, you’re not weighted down with too many viewbooks,” Thom adds.

Do you have an admissions travel season story you would like to share? We would love to hear them! Let us know in the comments section below.

In Episode 15 of the Weightlist, Thom and Brad welcome back (by popular demand) a former guest to the podcast, Eric Maguire, vice president and dean of admission and financial aid at Franklin and Marshall College. In one of the most fascinating discussions yet on the podcast, Maquire discusses some results of the enrollment experiments he and his team ran this past admissions cycle. The conversation also explores return on investment, recruitment truth over mythology and why the feedback from failure is a gift.