Greetings From Generation X — Take A Drive Down Amnesia Lane 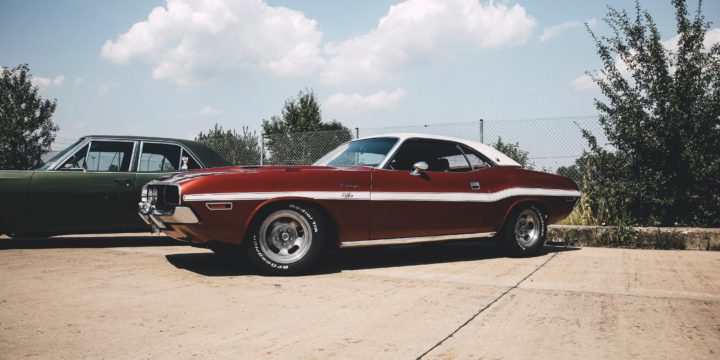 Allow me to introduce myself. My name is Sean Patrick Hill, a senior content writer at Capture Higher Ed, and I am a tried-and-true member of Generation X.

When I was growing up in the 1970’s, we called each other on rotary telephones. We sent Hallmark cards through the U.S. mail. My parents took pictures of me on a little Kodak camera that shot 35 mm film, which they had processed down at the drug store and stored away in albums. If we wanted to know the weather, we read the newspaper that showed up faithfully at our door each morning, which was also rife with not only news, but the classifieds, help wanted, graduation announcements … everything. If we wanted to learn something, we went to the library and browsed books and (do you remember?) encyclopedias.

We watched television — too much television, certainly — and to get a good signal, we had to adjust the antenna. We had, generally, thirteen channels. If we wanted to see a movie, we went to the theater. Star Wars was the first movie I saw, and once it was out of the theaters, we couldn’t see it anymore. We watched movies in school too, on film projectors that made that clickity-clack sound I associated with the classroom.

In the early 80’s, my father brought home a VCR. It was a massive block of metal, wiring and gears — not that videotapes were any different, bulky as they were with plastic and spools of magnetic tape. We bought an answering machine. We got cable TV! It was like life itself was multiplying in choices. And whatever you bought, if you didn’t have cash on you, you could write a check.

I had a checking account in high school. When I got paid, I got paid with a check that I had to deposit at my bank — at least we had drive-thru tellers. By the time I was in college, I had a debit card. I started writing my college papers on my mother’s 1960’s Smith Corona electric typewriter, then later an IBM word processor with a dot matrix printer. Before I knew it, there was the cell phone. Email. Social media.

Today I deposit my checks on my phone. I use a chip card at the grocery store — if I don’t just order my food online. I assemble my photos on Adobe Portfolio, and I stream most of my movies online. If I want to buy the new Twin Peaks series, I can do it on iTunes. My fingers have long since learned to text — though I prefer using the microphone. I used to think about how much had changed in my grandparents’ lifetimes: radio and early television, the surge of automobiles, 747’s, satellites in space. But I was born into all that. Cars and airplanes and movie theaters have always been a fact of life. For me, it’s the computer technology that’s changed — and changed me. It’s almost embarrassing to say that I didn’t even know about the Internet until 1999. Until that point, I’d thought computers were just fancy typewriters. Recently, I was walking with my daughter through our neighborhood, and I pointed out the enormous antenna on top of one of the houses. In an age where we increasingly see solar panels on the roof, or else the occasional satellite dish — itself quickly becoming passé — a giant aerial antenna is, to say the least, an anomaly, if not prehistoric. I had to explain, best I could, how such a thing even worked. The technology at that time must have seemed so … space age. Like The Jetsons.

My daughter, born in 2009, is entirely different from me. Her birthdate places her at the tail end of what is today known as Generation Z, a 65 million strong rising population that, by 2020, will account for 40 percent of U.S. consumers. Like her peers, she’s deft with technology — whether it’s the Internet, iPad apps, or texting — and this makes her native to a world I had to grow accustomed to over the course of some forty-odd years. But for the most part, this technology has been around from the moment she was born. In less than ten years she will, most likely, begin plumbing for the college of her choice.

Or will she? The more I learn about her generation, the more I realize the college search for Gen Z is not guaranteed. How did this come about? I’ll wager that we’ve all read about the fear of student loan debt that these kids harbor, not to mention an economy that can’t actually guarantee a job. Is there more to this than meets the eye?