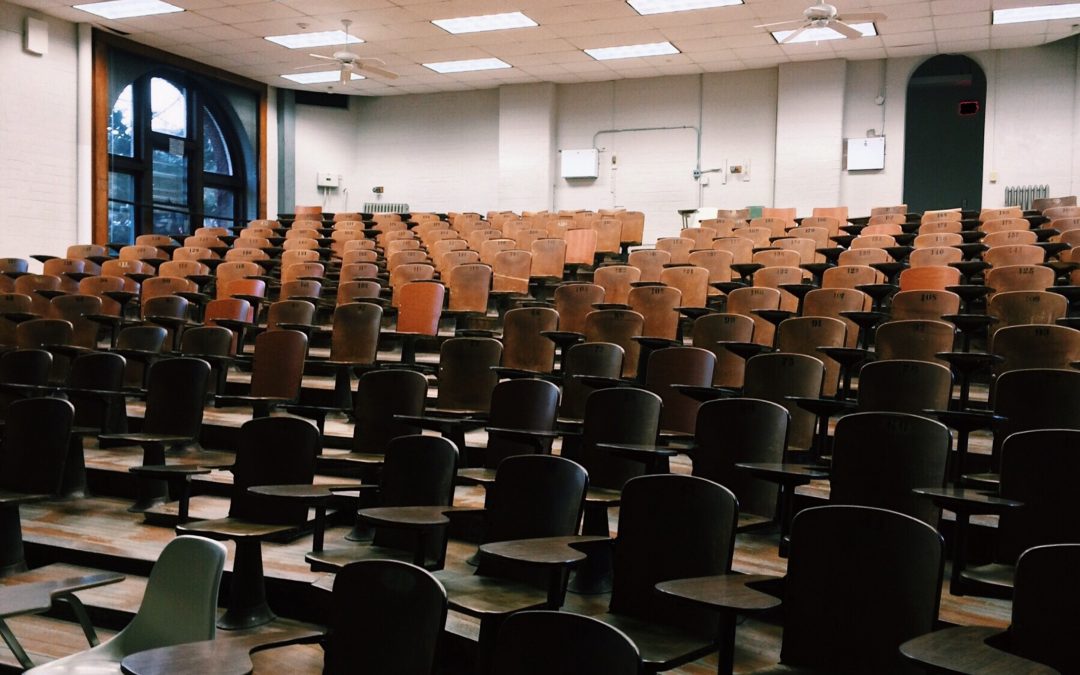 This month, The Atlantic published an article with a rather ominous title: “Here’s How Higher Education Dies”. It isn’t the first time that higher ed has been referred to as a “bubble” ready to burst, though author Adam Harris suggests we’ll see “less of a sudden pop and more of a long, slow slide” in the future. It may not be, in other words, the sudden drop as with the housing and dot-com bubbles. It may be something, instead, we hardly know is happening.

Before we all hold our breath, let’s look at some numbers. The spring of 2013 saw 19,105,651 students enrolled in higher ed, but this past spring saw only 17,839,330 enrolled — a roughly 7 percent decrease. Looking closer, we see that those with the greatest losses in enrollment are the for-profit and community colleges; four-year public and private colleges saw stagnant enrollments — they managed to tread water.

The biggest reason for this drop: a declining birth rate. There are fewer students to fill seats, and, Harris points out, fewer international and immigrant students, as well. The result? Not only declining revenues but mergers and closures of colleges, as we have been seeing in the news. We could also see a shift in institutional focus away from the typical freshman to adult learners.

“Some institutions will be shielded from the decline,” says Harris, “most obviously the major players and media darlings such as Ivy League institutions and major public institutions like the University of Texas at Austin. But most colleges will not be so fortunate … They will either have to adapt or die out.”

So right off, don’t panic. Let’s talk about adaptation.

Last year, The Atlantic published another article on the college bubble, again noting that the decline in the national birth rate is drying up the college pipeline, but we have to look closer: “the share of recent high school graduates going on to college has barely budged,” writes author Derek Thompson. “Instead, there are simply fewer recent high school grads overall, due to declining birth rates.”

Kids are still going to college, percentage wise, from the graduating high school classes, it seems — and that’s good news. The problem is that the U.S. is “running out of teenagers.” The adaptation, as we at Capture Higher Ed see it, is to precisely locate these teenagers and determine which college they will best fit.

Think of it like this: the situation is largely the same in terms of these prospective students. They are still researching colleges, visiting campus, and so on. Though they are doing so, of course, in far fewer numbers and in a markedly different way: they are using their smart phones. They are visiting websites as stealth applicants. So, you may well be missing what students there are.

In this day and age, if we consider the possibility of this bubble, it’s wise to not miss any opportunities. There are students who want to go to college, and Capture’s technology can help find them. With Capture Behavioral Engagement (CBE), we can track the students who are engaged with your institution — and find the ones who may not be aware of you yet, but should. A fit is a fit, and we can help you find the right students for your college using not only CBE, but Envision, our predictive modeling tool. Contact us today.