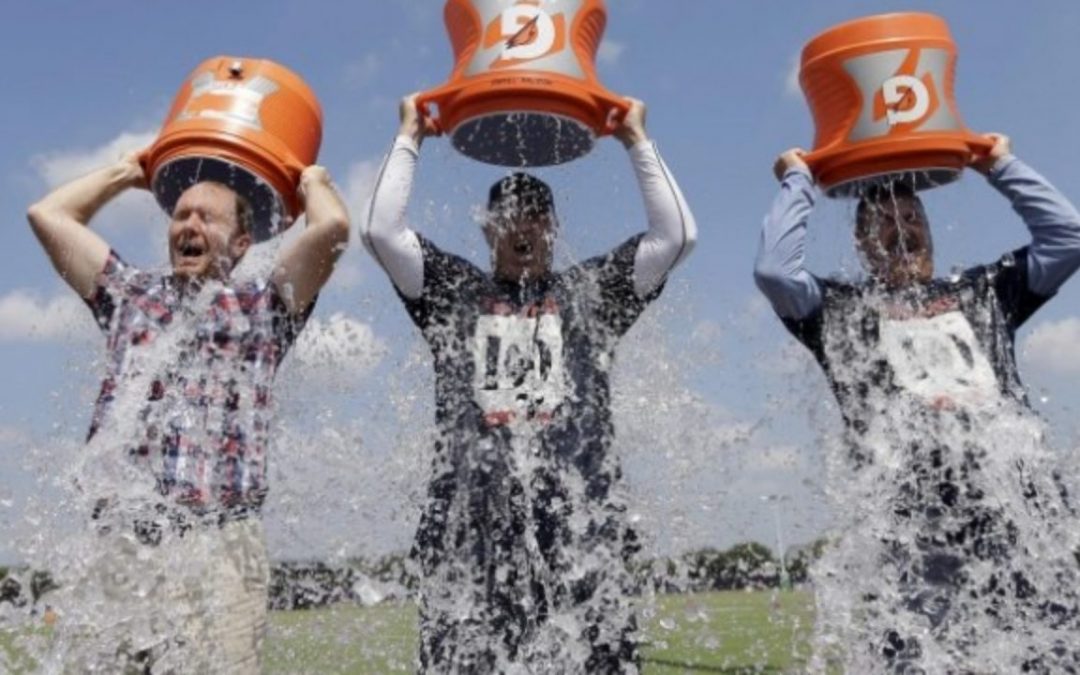 Remember when you couldn’t go on the Internet without seeing a friend or celebrity getting doused with a bucket of cold water? That was actually five years ago … when the ALS Association’s wildly successful “Ice Bucket Challenge” went viral and brought in a sudden $115 million to the fight against amyotrophic lateral sclerosis (ALS), better known as Lou Gehrig’s disease.

In a recent story for The Chronical of Philanthropy, writer Emily Haynes outlines how the ALS Association is using the fifth anniversary of that success to report back on what it has accomplished with the Ice Bucket money. Her story, “Cold Cash: What to Do When Unexpected Money Pours In,” is a case study on how to convey the impact of giving dollars.

The ALS Association is marking the anniversary with a new fundraising campaign and a commitment to tell the story about how the money was used.

And the organization has a good story, Haynes writes. “It has spent $80 million to fund research breakthroughs that are likely to prolong lives of those afflicted with the ailment, and it has improved treatment for many patients.”

But can the organization sustain that research spending? That question is less clear given that less than 1 percent of first-time givers during the challenge has donated again.

While the ALS Association “has not done well with repeat donors” in the five years since the challenge, it has tried hard to understand what supporters want. The organization recently surveyed its current and lapsed donors about their giving motivations, asking how they’d like the association to use their donations as well as how they’d like it to communicate with them.

“What they wanted,” says Tina Zeff, the association’s executive vice president for development, “was to understand and achieve the greatest impact: treatments and a cure.”

The ALS Association does not expect to repeat the magic of the Ice Bucket Challenge.

“To plan on that is not, in my estimation, what our community deserves,” Zeff says in the story. “They deserve for us to be around serving our mission for years to come, until we work ourselves out of a job, and treatments and cures are found.”