Home > Blog > Is $38 Worth an Additional Applicant? Using Direct Mail and Predictive Modeling to Drive Applications

Is $38 Worth an Additional Applicant? Using Direct Mail and Predictive Modeling to Drive Applications 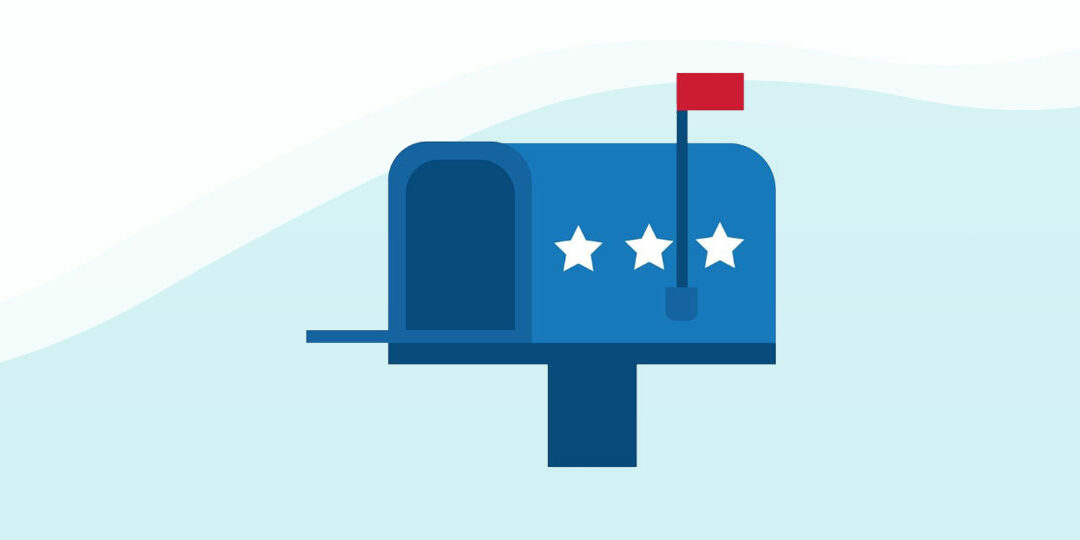 Depending on who you ask, direct mail is either an effective tool to drive applications … or a total waste of money. So, which is it?

A recent study of 12 Capture Higher Ed clients tried to figure out the most cost-effective way to use direct mail. The answer: sending a postcard to the top 30 percent of predicted students (deciles 8, 9 and 10) — as predicted by APPLY, Capture’s application model — is a cost-effective solution to driving more applications or visits. 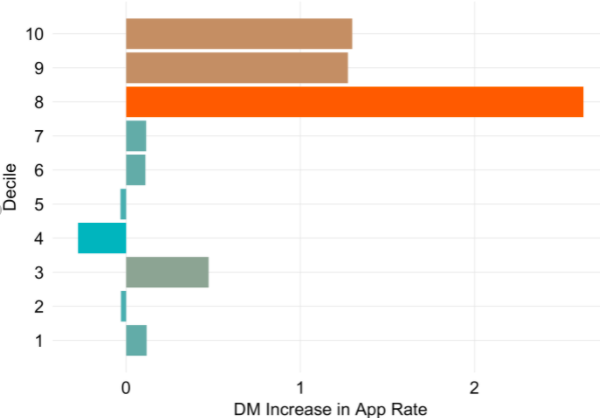 When controlling for decile prediction and school, postcards had a significant effect on application. For about every 84 students who received a postcard, an additional student applied. At 45 cents per postcard, that’s $38 on average for an additional applicant.

Postcards were also effective at driving toward campus visits at an almost identical effect size. For about every 84 students who received a visit-focused postcard, an additional student visited campus. Here is the difference in campus visit rates for those who received a postcard vs. those who didn’t receive a postcard. 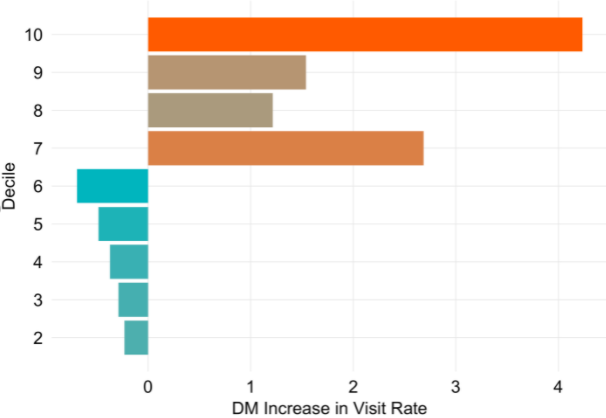 In this case, the positive effect expanded to the top four deciles, which all saw a boost of more than 1 percent in their visit rate. There was no effect on the bottom 60 percent of students.

The takeaway: Direct mail, when targeted through the use of predictive analytics, is effective at driving prospective students to apply at your university and visit your campus. Postcards are a cost effective way to deliver important messages than a trifold.