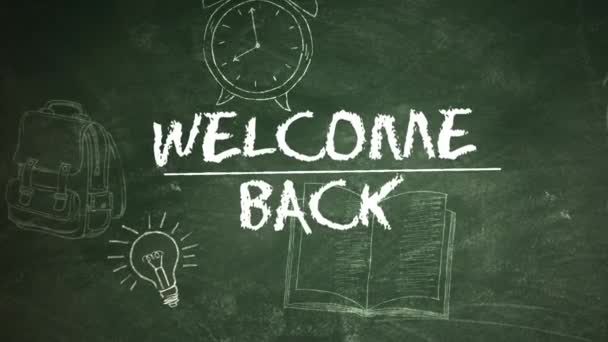 When Capture Higher Ed created its new director of graduate and online initiatives position, the company didn’t use its own, unique brand of high tech marketing tools to find and recruit the perfect prospect for the job.

They just called an old friend.

Jack Klett, a former Capture senior enrollment advisor, was lured back to the company to be our director of graduate and online initiatives, an opportunity that perfectly reflects his diverse and accomplished two-decade career in higher education.

Both Sides of the Desk 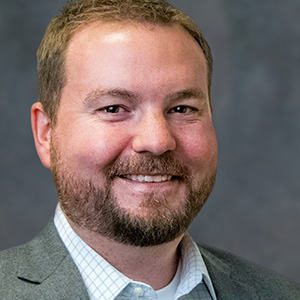 A native of Audubon, N.J., Jack grew up 10 minutes outside of Philadelphia and, after studying political science at Rider University, embarked on a career he thought would be in politics and government services. His first job was working as director of constituent services for U.S. Rep. Rush Holt, Jr. The Democrat, who served New Jersey’s 12th congressional district from 1999-2015, had just taken office.

“That was a super fun job,” he recalls. “As part of my role, I chaired the congressman’s college affordability task force and I served on his higher education advisory committee. I often found myself in this circle of higher ed and enrollment professionals.”

Inspired by their passion for higher education, Jack soon decided to make a career change. He headed back to his alma mater Rider University, but this time he was in the admissions office.

“It’s so great working where you went to college,” he says of his first enrollment management job. “It was weird because you had all of these folks that you’re used to addressing as doctor or dean, and they’re telling you to call them by their first name.

“I loved that job and did that for almost five years.”

When it became time to experience something new, Jack decided to try his hand at an institution “that was the complete opposite of Rider,” — the large, urban Drexel University in Philadelphia. He liked working in the city but soon realized he wanted to be back at a small, private “Rider-esque” university, so he accepted the position of associate director of graduate admissions at Philadelphia University.

“Drexel was an interesting hybrid of undergrad and grad,” Jack recalls. “But at PhilaU I was fully immersed in graduate education.”

After ascending to director of graduate admission there, he started working heavily in graduate education policy. He was asked to serve as associate dean of graduate studies, an academic appointment, and his role again shifted substantially. He began doing a lot of teaching, adjunct faculty oversight and more policy and governance work related to graduate studies. He was also asked to implement development of new graduate programs at the university. This involved leveraging enrollment management and assessing market demand for new and existing graduate programs, he says.

“Would we be able to enroll students? How would those enrollment plans look? It was the perfect combination between an enrollment background and this new academic role.”

Jack stayed at Philadelphia University for 11 years before becoming the associate dean of graduate studies at Westchester University where he again oversaw enrollment and graduate admissions. He was tasked with transitioning the university from a reactive to a more proactive approach to graduate recruitment.

“So many of our university graduate enrollment shops recruit more passively,” he says. “They are very much used to students coming to them. They process the applications. What we need to do now is follow a true graduate enrollment management strategy that involves proactive recruitment at the graduate level in a way that undergrad has been doing for quite some time.”

After a year at Westchester, Jack decided to work for a company that was helping colleges and universities across the country use the latest technology to take that proactive approach — Capture Higher Ed. As a senior enrollment advisor, he worked with 23 partners, helping them plan recruitment campaigns and best use Capture’s array of high tech tools.

“I love the work we do here at Capture,” Jack says. “And I love the people and the culture.”

“Given my knowledge of the people and the programs and the campus, and my prior work in enrollment at Philadelphia University, she asked if I would come back and lead recruitment through the merger, making sure that we’re taking care of the core academic strengths of Philadelphia University on the East Falls campus,” Jack says. “With everything I had learned from working with those 23 partners here at Capture, plus my 20-year experience, it was an awesome opportunity.”

What is it like overseeing enrollment for a merger?

“There’s no template for it,” he says. “It’s an environment where there is brand confusion. People are concerned about whether certain programs have closed. And in Philadelphia, Thomas Jefferson University is so much associated with the hospital system — the Jefferson Hospital System — that all the Philadelphia University programs in architecture, in business, design, engineering, the humanities … There was deep concern that they were going to be overshadowed by the health brand.

“So to navigate that and to see that happening, and to course correct, it was a fascinating, fascinating year.”

And a successful year. At the end of the 2017-18, the newly merged Jefferson, which is a Capture partner, ended up 22 percent ahead in applications and 20 percent ahead in enrollment compared to the prior year. Also, the quality of the class went up and the discount rate fell.

“All of these are typically countervailing forces, but in this magical merger year they all kind of worked together,” Jack says.

During that magical year, Jack continued to work closely with Capture. That’s why he was the first to know about the new director of graduate and online initiatives position.

“Given the success we experienced, I was able to entertain the idea of leaving,” Jack says. “We had created the strategy. There were still challenges, but overall, the strategy was successful. And here we were going into year two, and I was able to stay long enough to address those challenges, drafting the strategy template for them moving forward. Plus, they just have brilliant people there.”

Returning to Capture is a chance for Jack to get back to what has been his “greatest love space at work” — graduate enrollment and education.

“I am a huge higher education evangelist, but I consider myself a graduate enrollment practitioner,” he says. “The opportunity here, with the new director of graduate and online initiatives position, provides me with that opportunity to be involved with graduate education everyday. And to leverage the awesome tools and services that Capture provides to help colleges and graduate education shops all across the country grow enrollment … to convey their unique value proposition to students when those students are ready to hear it.