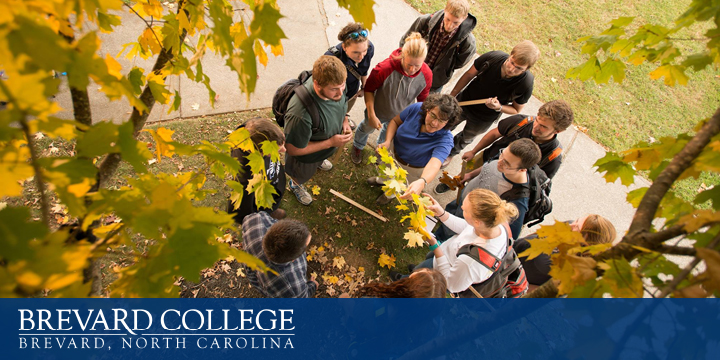 Introducing one of Capture Higher Ed’s newest partners, Brevard College. A small, private liberal arts college located in the mountains of Western North Carolina, near Asheville, Brevard has an enrollment of more than 700 students and offers about 50 academic programs.

Consistently recognized as one of the best liberal arts colleges in the U.S., BC gives its students an opportunity to test and apply what they have learned, allowing them to leave with both a degree and an experiential resume.

Brevard is named for Ephraim Brevard, patriot and signer of the Mecklenberg Resolves in 1775 — a document that some historians believe was a precursor to the Declaration of Independence. The college has roots in three institutions: Weaver College, a two and four-year school, that was founded in Buncombe County in 1853; Rutherford College, which was founded the same year as the Owl Hollow School; and Brevard Institute, a high school that dates back to 1895.

During the Great Depression, all three schools closed their doors in 1933 with plans to merge and reopen as a single, coeducational Methodist junior college. The following year, the doors reopened as Brevard College at its current campus with a class of nearly 400 students and a 24-member faculty.

The college’s experiential education also traces back to The Depression, and its original school motto, “Labor, Learn, Live.” Under the leadership of Brevard’s first president, Eugene Coltrane, the college operated its own farm and garden. Students divided their time between farm chores, vocational classes like home economics and agriculture, as well as liberal arts classes in science and art.

Throughout the past 85 years, BC has evolved while still adhering to its core values and mission. In the early 1960s, the element of service was solidified as a core value in the college’s new seal and current motto, “Cognosce Ut Prosis,” which is Latin for “Learn in order that you might serve.”

Today, Brevard’s unique approach to academics through experiential education produces students that are not just prepared to succeed in the workforce. Located just 30 minutes from Asheville, it’s a place where academics athletics, mountains, music, art and small-town living combine to be a wonderful environment for learning and growth.

According to its mission, Brevard “is committed to an experiential liberal arts education that encourages personal growth and inspires artistic, intellectual and social action.”

We are proud to welcome Brevard College into the Capture family of partners.