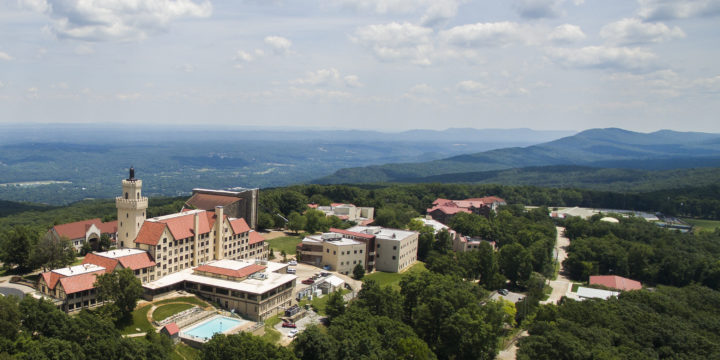 Located on Lookout Mountain in Georgia, the private Christian liberal arts college has an enrollment of more than 1,000 undergraduate and graduate students and offers degree programs designed to prepare students to be “faithful stewards of their academic gifts.”

Founded in 1955 in Pasadena, Calif., Covenant College attracted immediate and profound interest from students that required an expansion of facilities after just one year. To find more room, several professors helped Covenant move halfway across the country to St. Louis into a building donated by Catholic sisters. Over the next eight years, enrollment continued to expand and soon outgrew those facilities.

That’s when the school looked to the clouds.

Just as Covenant was looking for more space, the Lookout Mountain Hotel, built in 1928 with the South’s largest ballroom and 200 guest rooms, was put up for sale. Located near Chattanooga, Tenn., the once-posh “Castle in the Clouds” seemed an ideal location and Covenant purchased and moved into the building in 1964. Since then, the college has significantly developed the campus and cultivated important ties with the Chattanooga community.

A symbol of Covenant’s history and purpose is the purple-flowered thistle, which was borrowed from Scotland’s national emblem. According to Scottish legend, the thistle played a vital role in victory at the Battle of Largs in 1262. Apparently, a barefoot invader unwittingly stepped on a thistle, howling in pain and notifying Scottish defenders of the attack from King Harco’s men. The Scots won the battle and credited the thistle.

Today, Covenant students a part of a vibrant campus community — an environment of holistic living and intercultural competence that enriches their educational experience and prepares students to work and serve globally. Oriented for learning both in and out of the classroom, the campus includes events designed to engage cultural ideas, professors lunching with students in the Great Hall, residence halls competing against each other in intramural sports and much more.

Capture is proud to be working with Covenant College.