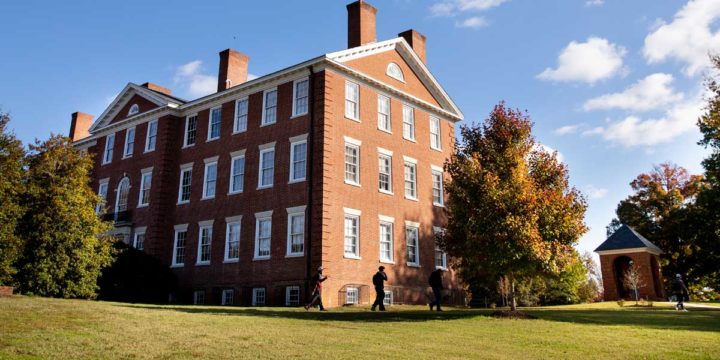 This past fall, Hampden-Sydney College, a private all-male liberal arts college in Virginia, joined Capture’s family of partners. Founded in 1775, the college is the tenth-oldest institution of higher learning in the United States and one of the few remaining colleges in the country that specialize in educating and developing young men.

Located on a 1,300-acre campus in Virginia’s beautiful Southside, H-SC has an enrollment of more than 1,000 undergraduate students, offering 27 majors and 25 minors in everything from economics and literature to the physical sciences and fine arts.

U.S. News & World Report and Forbes have named H-SC one of the top liberal arts colleges in the United States. The school is considered a best value college for its return on investment, and its alumni network ranks 4th in the nation, according to The Princeton Review. The Wall Street Journal has ranked the college among the top 10 for career preparation.

In continuous operation since Nov. 10, 1775, Hampden-Sydney counts founding fathers Patrick Henry and James Madison among its charter trustees; future ninth U.S. President William Henry Harrison was a member of the class of 1791.

H-SC is the last American college founded in British Colonial America and the central portion of its campus has been designated a National Historic Preservation Zone. The area includes Cushing Hall (1822-1833), originally called New College, and Venable Hall (1825-1830), originally Union Theological Seminary. H-SC is part of the Road to Revolution Heritage Trail and the Civil Rights in Education Trail.

Today, thanks to legendary codes of honor and conduct, a celebrated 40-year-old rhetoric program, and a contemporary liberal arts education, Hampden-Sydney men graduate with the courage to do what is right, the ability to express themselves confidently, and the skill to develop creative solutions for complex problems. Ninety-four percent of H-SC graduates complete their degree in four years.

Since before the American Revolution, Hampden-Sydney College has been transforming young men into the best possible versions of themselves, with the moral strength and intellectual capacity to be leaders in the workplace and in their communities. The college’s mission remains unchanged: “To form good men and good citizens in an atmosphere of sound learning.”

We are proud to welcome Hampden-Sydney College into the Capture family of partners.