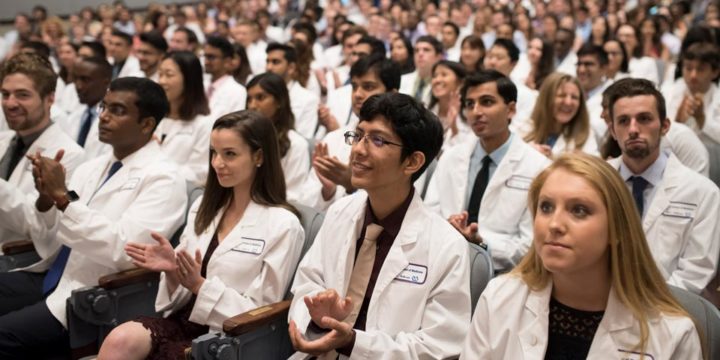 New York University recently announced that it is offering free tuition to all current and future medical students, regardless of need or merit. The unprecedented move for a medical school was made possible by raising more than $450 million of the $600 million the school anticipates it will need for the tuition program.

Billionaire Ken Langone and his wife, Elaine, have given $100 million to help fund the initiative. Why? Appearing on CNBC’s “Power Lunch ” back in August, the co-founder of Home Depot and chairman of the board of trustees of the NYU Langone Medical Center pointed to the impending, critical shortage of doctors, “particularly in the primary care, pediatrics, OGBYN — the areas of medicine where the pay, frankly, isn’t that good,” he said.

“We’re looking at these kids,” Langone said. “They’re going to be spending the next four years in medical school, which is a very challenging time. And then many of them will go on to specialties. Before they get really started — and they have families by then — they are heavily in debt.”

This is an incredible example of donor passions meeting institutional needs that drive national impact. Congratulations to the development team at NYU on a great campaign.

What lessons can be learned from this gift and overall campaign? It is imperative institutions identify high capacity alumni passionate about institutional priorities. Credit to NYU but think of the many nonprofits connected to Ken who were unable to identify and connect his passion.

Today we celebrate NYU Medical School and ask, who is engaging the Ken’s at your institution that you are missing?

More on the Gift & Impact for NYU Medical School

Langone said he hopes NYU offering free tuition to medical students will inspire other medical schools to do likewise.

“We’re only one out of roughly 150 medical schools in America,” he said. “We don’t move the needle. But if we got more and more medical schools to do this … just project out 10, 12 years from now, when the shortage is really going to start to hit. Just think of the impact on older people. We’re all living longer. We all have more health care needs the older we get.”

While offering free tuition will make the medical school more accessible to a broader range of applicants, the new program is not an effort to stimulate more applications, Langone added. The NYU Medical School has no shortage of applications.

“Last year, for 93 positions, we had 10,000 applicants,” he said. “And the average scores of these kids, and the GMAT scores, are off the charts, so we didn’t do this to stimulate more applications. We did it because we think those who we ultimately pick, and those who want to come … will have a good start in life, to leave here debt free. We think it’s the right thing to do.”

Langone, who is also chairman of the investment banking firm Invemed Associates, estimated that he spends about 75 percent of his time in philanthropy. In an interview last week, he said that he talks to the dean of the NYU Langone Medical Center “two, three, four times a day, and on weekends.”