How to Stop Worrying and Start Loving Machine Learning 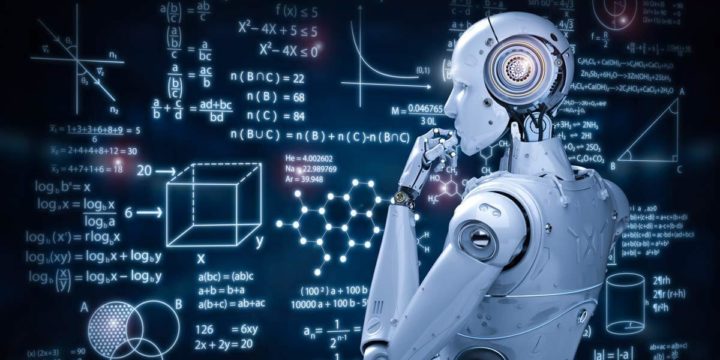 When people hear the words “artificial intelligence” or “machine learning” they start to get nervous. They see visions of robots taking over the earth and making humans their slaves or even scarier — a lot of complicated math. Yet machine learning is everywhere around them and in many cases it makes life simpler and easier, not harder and more complicated.

Machine learning infuses the world around us — in Netflix’s show recommendations, in Google’s search engine results, in Amazon’s product recommendations. In each of these, the technology behind them is complicated, but what they provide is simple — a show recommendation, a webpage link tailored to your interests, a dope pair of sneakers you might like.

Take for example, Amazon’s Alexa. When I was a kid, I didn’t have to walk uphill both ways through the snow to school, but if I wanted to hear a certain song I had to get a ride to the record store, buy the CD I wanted, bring it home, unwrap it, put it in the CD player and skip to the song I wanted. Or I had to sit by the radio for hours, ready to hit the record button once the song came on the radio.

Now all I have to do is speak my desire into the air. “Alexa, play ‘Under Pressure.’ ” She understands I’m not talking about acting like she’s under pressure or playing a game under pressure. Rather I’m wanting a song by that title. While some members of my household might start cursing Alexa when she occasionally gets it wrong, I think it’s pure magic that she ever gets it right.

The song is searched for and played. Simple.

The same goes for Capture Higher Ed’s predictive modeling engine Envision. When we talk about machine learning, ensemble modeling, non-linear algorithms and root mean squared error, people get a little intimated. Sure, the coding and math that go into building an Envision predictive model is complicated. We spend hundreds of hours in development time every year testing and polishing that code in the quest to make better and better predictions.

Yes, behind the scenes is complicated, but the outputs are simple. For an applicant model, it’s a ranked list of prospects, so you can prioritize communications. For enrollment models, it’s a ranked list of admits plus a group-level prediction out of current admits. For a financial aid model, it’s that plus the ability to toggle with aid and see how it will affect enrollment.

While the technology behind a machine-learning product like the Envision engine can be intimidating, the information these models provide couldn’t be less so — a number and a list. It just turns out it’s a very useful number and list.