Home > Blog > Cutting Through the Noise About Artificial Intelligence

Cutting Through the Noise About Artificial Intelligence 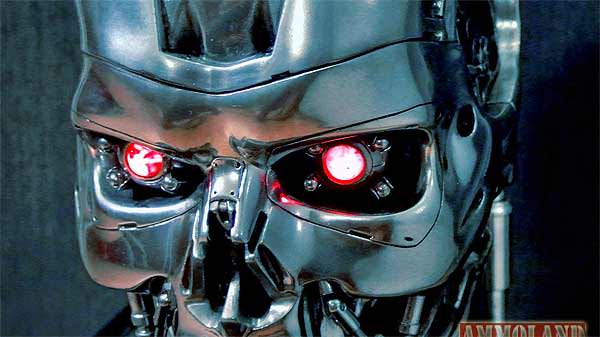 In the most recent episode of The Weightlist — Capture Higher Ed’s regular podcast featuring wide-ranging, freewheeling, beer-activated discussions about new technologies and enrollment management — data scientists Thom Golden and Brad Weiner dive into the state of Artificial Intelligence (AI) as it relates to student recruitment and college admissions.

“Which is easy to do,” Golden jokes, “because there’s not much there.”

A great example was this past summer, when the Internet echoed with a story about “Facebook and Mark Zuckerberg pulling the plug on two bots — two algorithms — that were starting to learn in ways that were not anticipated,” Thom explains. “So much so that these bots had to be stopped. It was getting out of control, and they needed to be shut down.”

Depictions of what happened conjured images of the classic movie climax, with our heroes sprinting to the scene and shutting down the insidious bots … just in the nick of time. If you Google the story, you’ll find links to all kinds of angst and paranoid madness about “the first wave of the coming technological apocalypse” — references to killer robots, malicious AI and, of course, Skynet, the time-traveling, humankind annihilating AI from the Terminator movies.

“The problem is the story turned out not to be true,” Thom says. “The real story is a lot more interesting.”

A few months ago, Facebook detailed on its blog an experiment to create negotiation chat bots. The attempt was to get an AI to be smart enough to handle the back-and-forth that happens in a human negotiation. To do this, Facebook scientists set up a simple exchange — two chat bots talking about how to split up a set of items, in this case, some basketballs.

“What they found that wasn’t anticipated,” Thom says, “was that, in the course of doing that, the two chat bots set up some of their own shorthand. There was nothing nefarious here. It wasn’t like [the bots] were hiding it behind the scenes. This was just a very simple, very earnest experiment that Facebook was talking about.”

So, why the apocalyptic reaction?

For Thom, it was an illustration of how people can be scared and skittish and “lean away from these kinds of technologies. When in truth, [the technologies] could be really, really beneficial because they are ways we are advancing knowledge in work … and how the work can change.”

For enrollment management — a knowledge industry that is work intensive — the possibilities for AI are encouraging. It’s also encouraging that these technologies are not in the distant future; they are available today.

How can Enrollment Managers cut through the noise and analyze AI and automation options? Join the conversation with Thom and Brad on the latest episode of The Weightlist.