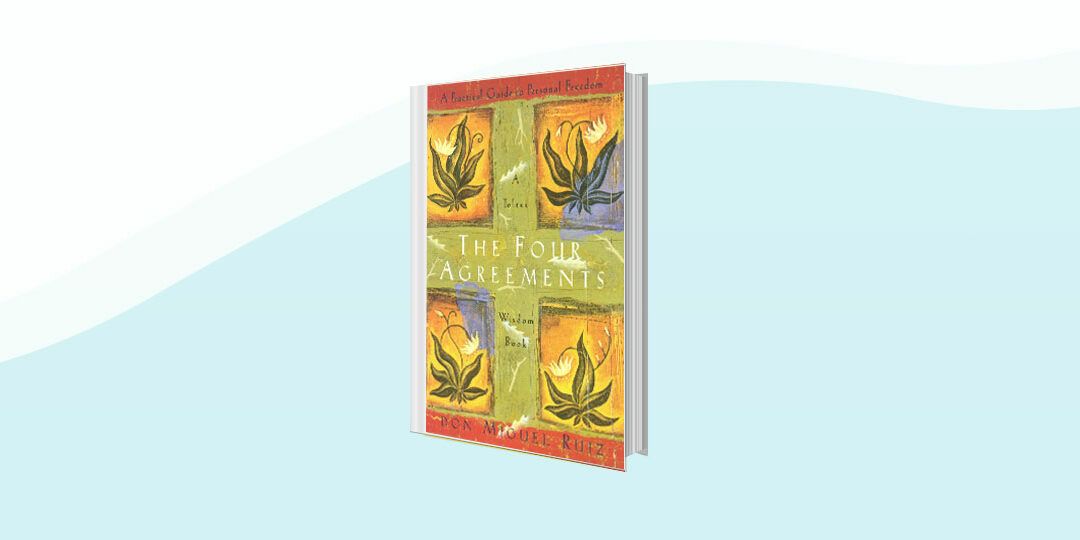 I owe everyone at Capture an apology. You probably owe one, too. If you’re human, that is.

I’ve been, to say the least, imperfect. I’ve been combative, irritable, even unapproachable—hard to believe, I know. Or maybe not, if you’ve worked with me at all.

But of course I’m perfectly normal. I am, after all, a human being, and this is exactly how human beings behave. I can forgive myself because, as Don Miguel Ruiz, M.D. points out in The Four Agreements, it’s not my fault.

Is it anybody’s fault? No. Your parents (along with the schools, your first boss, your religious institution of choice) taught you how to behave in such ways, the only thing they knew, which is what their parents taught them, and so on ad infinitum. Naturally, there’s a relief here, though not necessarily an abdication of responsibility.

You can at last admit that you are faulty without overbearing shame. But does a human being have to be this way? No, Ruiz asserts—as have a great many minds before him, as written in what we can generally call “wisdom literature.” You can transcend your ignorance and become, effectively, a new being. But how one becomes a new being is the task of a lifetime. So Ruiz sets out to teach you the Toltec way.

Now if you’re old, like me (relatively, I might add), you might know a bit about the Toltec tradition, and that from the many books of Carlos Castenada, which are supernatural to the point of unadulterated incredulity and sheer terror. But here, with Ruiz, you’ll find something more akin to what you might find in Deepak Chopra or Pema Chödrön—a bit of wisdom infused with a bit of pop culture “self-help” fizz. Here, in Ruiz, the Toltec mysteries are broken down into four simple, or maybe deceptively simple, points.

When I actually had an office space in Capture headquarters—and that, too, may be hard to believe, considering how little I come into the office these days—I had tacked to my wall a small page on which were printed the Four Agreements. Their purpose: to fix my attention on the fact that I am not living in the “real world” at all but rather a Dream. And the Dream, as the Toltecs have it, is composed entirely of my fears, my opinions, my attitudes—all of which Ruiz calls both “the smoke” and, later, “the parasite.” And this dream, the smoke that fogs your vision and the parasite that literally sucks the vitality from what few days remain to you, blinds and infects not only you, but everyone you know, and, indeed, the entire world. We’re all in this dream together, for better or worse.

How did this dream come about? By “agreements.” From the moment you were born, you have been taught everything you know, every preference, every attitude about work or the opposite sex or people unlike you, which is everything you assume the world to be: this is good, this is bad; this is worthy, this is worthless; this is right, this is wrong. I could go on. Each of these things, whether you were willful or not, you agreed to believe. But the Four Agreements, which I could spin around in my office chair to read, are the antidote to a decidedly negative way of thinking; after all, many of these agreements we’ve incorporated into our psyche are nothing if not limitations.

There was a period at Capture, maybe four or five years ago, when this little book made the rounds. It made an impact that, one could argue, informed some of our core values. Or even the way some of us treat one another, think about our work, and see our individual value within the organization. So what are the four agreements?

Two: “Don’t take anything personally.” Did someone cut you off in traffic? Pass you by for a promotion? Send you a rude email or was late for a lunch date or, say, got angry at you for seemingly something you did? It’s not you, friend. It’s them. Their trip.

Three: “Don’t make assumptions.” Cashier acting callow toward you? Perhaps they began their day caught in an argument with their spouse that morning. Is there someone in front of you in line you wish would hurry up? Maybe they’re ill, or had a death in the family, or, or, or. If you act on your assumptions, you poison yourself. And them.

Four: “Always do your best.” Sounds somewhat cliché, I know. But what Ruiz means is more straightforward: act with love. Act as if you care—about yourself, your family, your community, the world. Do your best and no one can judge you. Not even yourself.

For you are, in fact, the only Judge of your life. And the Judge, as Ruiz deems that annoying aspect of your ego, delights in making you a Victim—a futile identity. I’m sure you know what I mean. “The world is against me” and so on. Self-pity is death-in-life. Ruiz shows the reader no pity, and this may rub some wrong, if not be positively grating. In an abusive relationship? It’s because you’re abusing yourself—and have come to expect that this is how you deserve to be treated. Love yourself, and the world will love you. Be demanding of yourself, he encourages. Respect yourself.

If you’re not particularly a jerk to yourself and everyone else, I applaud you. But I also don’t entirely believe you. We are all living in the Dream that we as a species have been caught in since the beginning of our history. All the -ism’s of the world? The Dream. Another way to say it is your conditioning. And it is possible, Ruiz insists, to be free of it all.

Because the Dream and its component Agreements that the world maintain, to Ruiz, has a name: Hell. But you, by changing the agreements, by being a Warrior against the parasite, can live in Heaven. Here. Now.

If you’re expecting the rhetoric of Socrates or the florid writing of Shakespeare, you won’t find it here. The Four Agreements is, you could say, painfully simply, even somewhat repetitive, but it drives its point home as flatly as it can. It is worth a read, for sure—if only to draw your attention to your habitual thinking, the very thoughts that reinforce living in a hell of your own mind. Replace each negative thought, he says, with a positive one. It requires nothing short of vigilance.

So how do you make a habit of positive thinking? We’ll save that for next time with a book that can launch a change in a matter of weeks: Sir John Hargrave’s Mind Hacking. See you then.