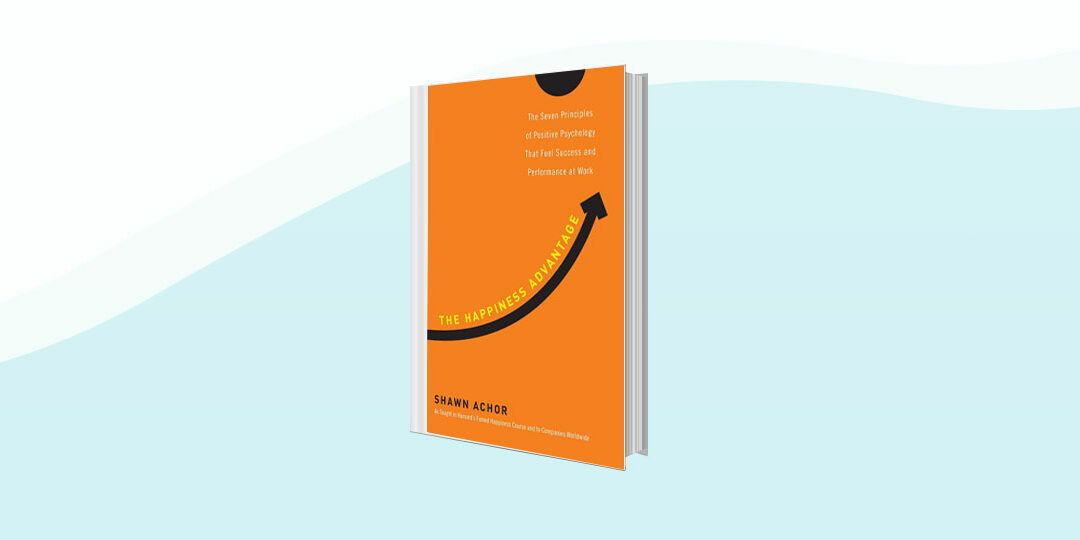 You may have seen this book around the office, perhaps hiding under one of the many endtables. It’s like a treasure, sitting there, undiscovered. The reason it’s there is because we in comm were given the task, a number of years ago, in reading it and then convening to talk about it.

In 2011, Shawn Achor gave a talk at the Bloomington TEDx—a talk which, as the publisher notes, has gotten over five million views—where he talked about one of the oldest of American ideas: positivity.

In fact, “positive psychology” is the arm of science that Achor draws on when asking one of the fundamental questions, which has haunted us since at least as far back as Aristotle: how do we be happy?

As you might imagine—or could, certainly—happiness has much to do with the “lens” through which you view reality; which is to say, your perspective. Achor began his research at Harvard, right after he graduated, when he found that students who should have been ecstatic to be at Harvard were not. What would a Harvard student be unhappy about? The stress, the competition, the workload, and more.

The external world, says Achor, is not predictive of our happiness levels. Here’s the number he pitches: 90% of a person’s long-term happiness is predicted not by your external circumstances but by your internal response to those circumstances. Marcus Aurelius said the same thing almost 2,000 years ago—one of the main components of Stoicism.

Research has found that 75% of your job success is not due to IQ, but in fact is due to your optimism, your social support, and the ability to see your stresses as challenges—not threats.

To reverse the formula for happiness and success—to stop putting the cart before the horse—is to realize that success, whether financial or otherwise, does not precede happiness but instead is the other way around. If we can push the brain to experience positivity now then we give that brain a “happiness advantage.” Your brain functions better, see, in a positive frame than a negative one.

Feeling good is the result of dopamine which not only makes you feel happy, it fires up the parts of your brain that learn. And not unlike Mind Hacking, you can effect such a change in only 21 days, says Achor: offering gratitude, journaling, exercising, meditation, and practicing the random acts of kindness—all of this backed by research.

You train your brain to search for positive things, not negative. Writing about positive things helps you reexperience it—in fact, sending out one email a day thanking someone you appreciate has profound effects.

William James, as Achor points out, once called us “mere bundles of habits” but that we should “make our nervous system our ally instead of our enemy.” It takes work to do so, and the first part—what you might garner from this book, among others—is to recognize not only that there is a habitual mode of thinking to displace, but doing it will bring you true success, wherein the horse of happiness gladly pulls your cart.