Home > Blog > The Top 3 Things I Love About NACAC: An Interview with Anne Freihofer

The Top 3 Things I Love About NACAC: An Interview with Anne Freihofer 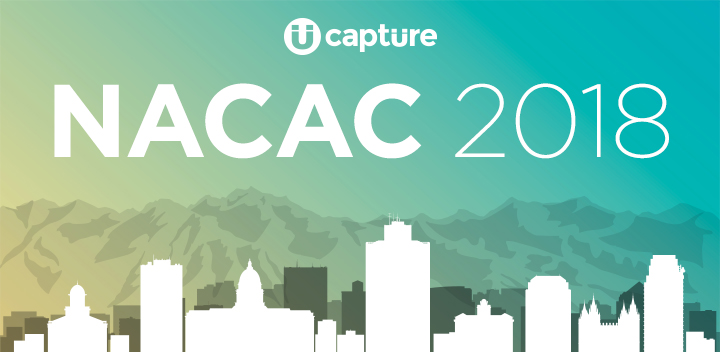 Next week, Anne Freihofer will be among the team of Capture Higher Ed enrollment professionals traveling to Salt Lake City for NACAC 2018. This will be her sixth NACAC, which makes her a company veteran at the conference. The first time the senior enrollment specialist attended — the Denver conference back in 2012 — was during Capture’s earliest days.

“We were the new kids, so we were about as far in the back left corner of the conference hall as you could possibly be,” Anne recalls. “And we had the smallest booth size you could buy, probably because we had no money.”

She remembers making plenty of rookie mistakes that first year.

“We didn’t know the tricks of the trade, like renting an extra carpet because you’re going to be standing in high heals for 14 hours a day on cement … At that point, we were still figuring out who we were and what we did. But it was an awesome experience.”

Reflecting on all the conferences since Denver, Anne says she can pick a favorite memory from each. “There has been an absolute best moment at every single one of them,” she says.

She singles out a frantic time during NACAC 2014 in Indianapolis when a group from Capture, at the last minute, had to go in search of a restaurant that could hold the number of people who wanted to attend the company’s annual conference “happy hour.” Accustomed to entertaining maybe five or seven people at the gathering, the number ballooned unexpectedly to more than 30 in Indy. 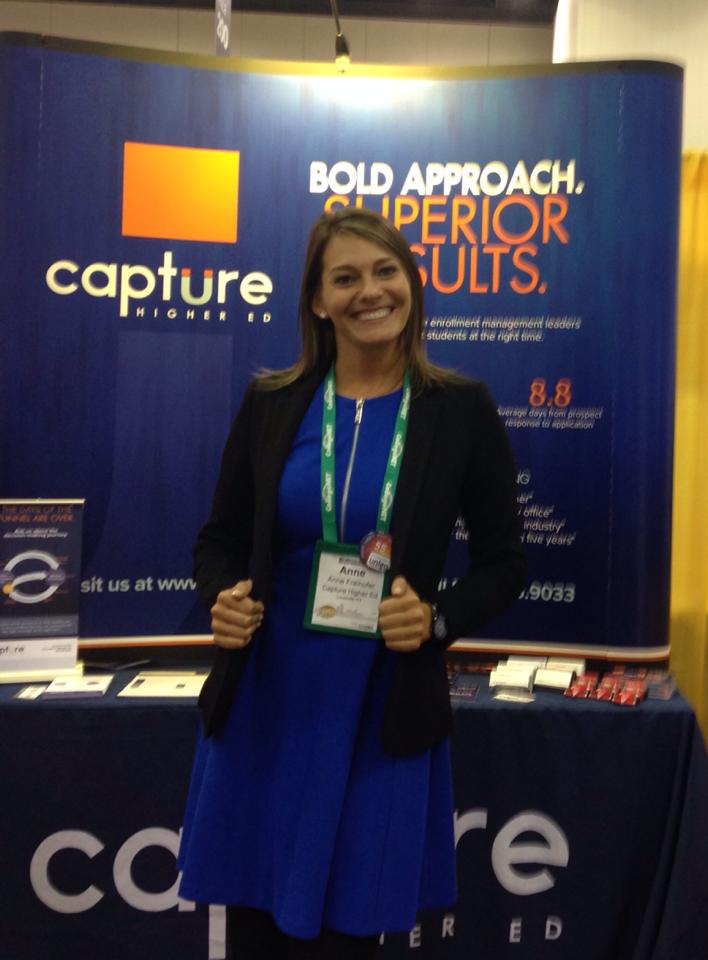 “We ended up walking down the street and convincing a Scotty’s [Brewhouse] to let us rope off a bunch of tables for us,” Anne says. “It was one of those moments when I stepped back for the first time and saw institutions that were aspirational for us — schools we wanted to work with — in the same room, talking to us.

“That was probably one of my favorite moments.”

The first time Capture presented at NACAC, which was during the 2016 conference in Columbus, was also an important milestone for the company, she says. “It was wonderful seeing all the competitors, friends and clients come out and see our learning presentation. There was a sense we had arrived.”

While Anne remains focused on Salt Lake City next week, there is a tendency to look ahead (just a little bit) to NACAC 2019 when the conference comes to Capture’s home city of Louisville, Ky.

We concluded Anne’s walk down NACAC’s Memory Lane by asking her for the top three things she loves about the conference. They are:

“It’s the one time I can see people I haven’t seen throughout the year. I can reconnect with colleagues that are out in the industry, see other vendors that we met a long time ago, hear about how institutions are doing, and check in with everyone’s families. ‘How are your kids? How is your family?’

“It’s an awesome opportunity to have so many people who you care about in one city. Whether it’s connecting in the conference hall, or having a beer with somebody, or just seeing them in an elevator or an escalator and having a quick hug, it’s just so nice to be able to see people who are all going through the same thing. Everybody is in higher ed. Everybody is fighting the good fight. It’s so refreshing this time of year, after we’ve just closed the ’18 class, and as everybody is getting focused on ’19, to get together with familiar faces.”

“I always walk away from NACAC having learned something. Maybe it’s a refresher on something that I haven’t thought about in five years — it’s nice to remember the basics — or meeting organizations that are like Capture was six years ago. One of my favorite things to do at the conference is to walk around the exhibit hall and look for the next Capture. Who else is breaking boundaries? Who do we need to know about?

NACAC always does a great job of providing opportunities to do something really cool in the city we’re in. Whether it’s going to the Indianapolis 500 Museum in Indy or all of the experiencing of San Diego that NACAC was able to facilitate. In all the host cities, NACAC does a good job of folding that city’s uniqueness into the conference somehow.

I am looking forward to Salt Lake City. I think it’s going to be beautiful. We’ll have a few extra days on the front end because we do some sales meetings before the conference, so it will be cool to experience the city before thousands of my best friends show up on Wednesday and Thursday.