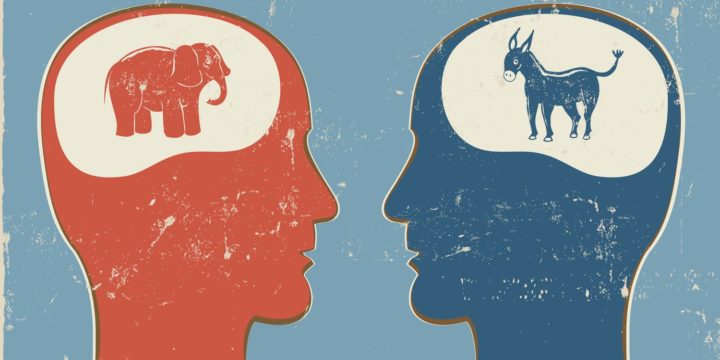 The article, How Political Ideology Influences Charitable Giving, cites results from a recent publication in the Nonprofit and Voluntary Sector Quarterly authored by researchers from Indiana University-Purdue University Indianapolis, the University of Georgia and North Carolina State University. For the publication, researchers analyzed more than 3,000 counties and controlled for variables such as education, income, race, region and religion.

“The more Republican a county is, the more its residents report charitable contributions,” writes Paul Sullivan in the story. “The researchers said this finding fell within the broad political tendencies of traditional Republicans who favor less government intervention and more donations from the private sector to make up for the lack of government assistance.”

However, such giving does not match government aid, the story points out.

“Those in favor of lower taxes have argued that individuals are more capable than the government of allocating money to important causes, including people in need of assistance,” Sullivan writes.

But the study found that wasn’t the case.

“Donations do not match government assistance,” Sullivan reports, “and without tax money, social services are not funded as robustly.”

Beyond holiday conversations with your eager family pundit, political affiliation certainly could be an interesting data point for segmentation or assignments.

For decades we have talked about declining government funding for higher education. Institutions send representatives to have a voice at the legislative level … and those representatives play an important role. However, advancement professionals are more focused in the philanthropic community.

Advancement teams are assembled for their ability to engage alumni to create an impact on campus — not their ability to pass legislation. The Times makes an important point that, “private philanthropy can do many things better than government aid, as in being responsive to a need and willing to fail without political fallout.”

Credit should be given to the gift officers and donors who have tremendous impacts on campus needs across the country in ways politics — on either side — simply could not!

For more findings including the impact of increasing political competition, the full report can be found at: How Political Ideology Influences Charitable Giving.