Home > Blog > What Capture Marketing Products had the Most Influence for Fall 2018?

What Capture Marketing Products had the Most Influence for Fall 2018? 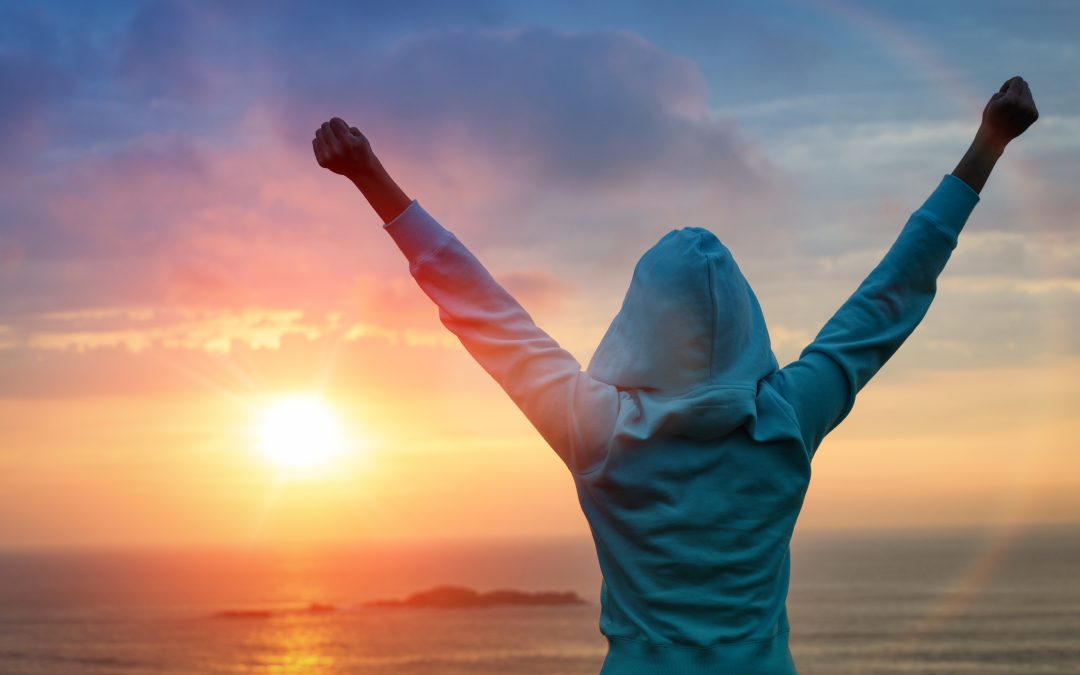 In the past, we have examined the effect of the different Capture marketing products in isolation — looking at the marginal effect of direct mail for instance. However, Capture marketing products don’t exist in isolation. In the course of a student’s senior year in high school they may receive dozens of emails from Capture, a direct mail piece or two, popovers, toasters and banner ads, all influencing them toward enrolling at one of our partner schools.

So how do we know which Capture marketing products had the most influence?

One way to examine the effect of each product in the mix is to build something called a Markov Chain model, which is commonly used in multi-channel marketing analysis. The idea is to map all the paths students took on their way to the outcome — in this case depositing or enrolling at a partner school.

There were 724 different paths students took on their way to depositing this year.
Here were the 15 most common: 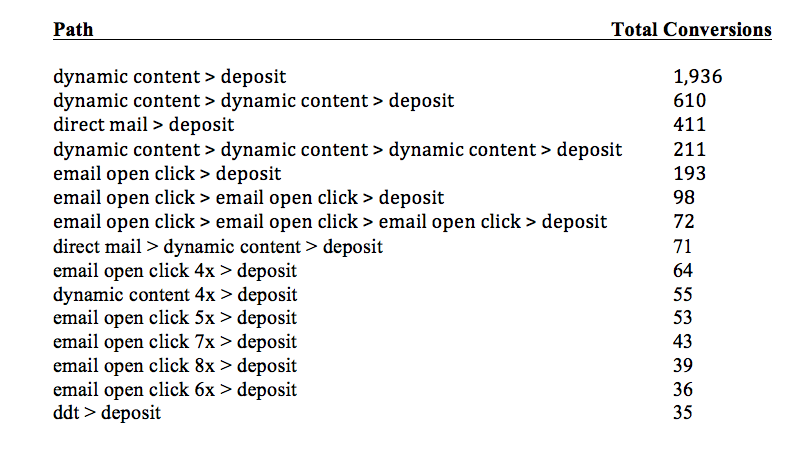 The way to examine the relative effect of each marketing channel is to remove each channel and see how many conversions we would have lost. Out of all the influence we had, we can attribute portions to each marketing channel. But we don’t apply all our methods equally. For instance, some schools send more direct mail than others. So as a point of reference, I’ve included the proportion of the budget each channel accounted for.

A note on DDT: For some forms of DDT, such as web retargeted ads, we don’t know who viewed those ads, only how many. The DDT examined here includes household IP targeting and email targeting — forms of DDT where we know who clicked through an ad. Those are also the only portions of the budget included here. So this analysis underestimates both the influence and the cost of DDT.

Across all schools, Capture Behavioral Engagement, Capture’s marketing automation software for higher education, is clearly our most influential product at a low cost, followed by email, with direct mail and DDT filling supplementary roles. This probably isn’t a huge surprise to anyone, but it’s good to have evidence to back it up.

The mix of influence varies by schools. Here are a few examples. For one partner — a small private college in the Midwest — email had the most influence, followed closely by dynamic content.

For another partner — a mid-size private university on the East Coast — email also had the strongest influence, on a relatively small portion of the budget.

As for another partner — a regional state university out west — most of the influence came through our dynamic content.

As we look toward making budgets for Fall 2019, this sort of analysis can help us determine where we were effective for a specific school and where we weren’t, enabling us to formulate our marketing mix so it has peak impact on a school’s enrollment.