Home > Blog > When the Puppet Became a Real Girl: What We Can Learn From ‘Smug Wendy’

When the Puppet Became a Real Girl: What We Can Learn From ‘Smug Wendy’ 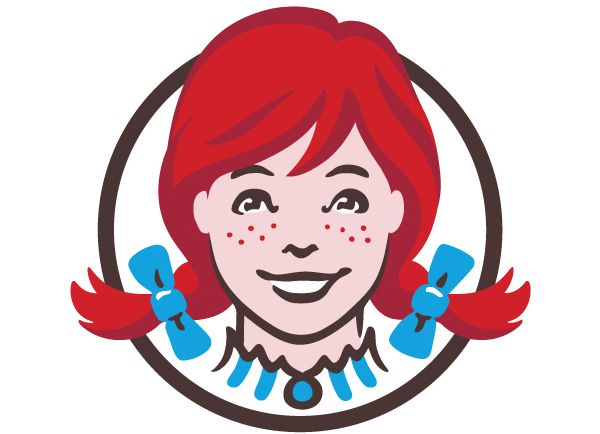 Marketing is a living art form, changing, growing and evolving as society does the same. Like any art form, marketing uses different mediums, takes different shapes and, perhaps most importantly, promotes different ideas.

Some businesses prefer to focus on the idea that they are the best in their field. Some try to build a human connection with their audience by presenting ideas that inspire laughter, fear, warmth or an association with the common man. Some attempt to show that they are different from the competition by doing something that breaks the mold and makes them memorable. Others utilize some combination of these ideas.

Ultimately, there is not a universal best way to market a product or service. A skilled marketing professional must read his or her audience. For example, a small, independent coffee company that prides itself on its organic, non-GMO, fair-trade beans and home-y, welcoming atmosphere would not attempt to reach its target market through advertising that uses the cold, sophisticated exclusivity of a luxury car commercial. However, whatever the target audience, businesses usually try to retain an image of professionalism towards potential customers — usually, but not always.

Wendy’s broke away from that idea by creating a Twitter account that later went viral for its sarcasm, witty retorts, and, sometimes, outright playful mockery of rival fast food chains and the customers who eat there, and today, we’re here to talk about why that worked.

According to Mashable, Wendy’s identifies itself as a “challenger with charm” and wanted a voice that fit that image. Amy Brown, who was hired in 2012 to run the Twitter account, was exactly that during her time behind the company’s Twitter presence. She wasn’t afraid to confront or criticize other fast food chains and the Twitter users that prefer them, but she always did so in a playful, oddly delightful way. As a result, she came across more like that goofy, fun-loving friend whose tweets consistently make you laugh, and never as a sadistic bully. 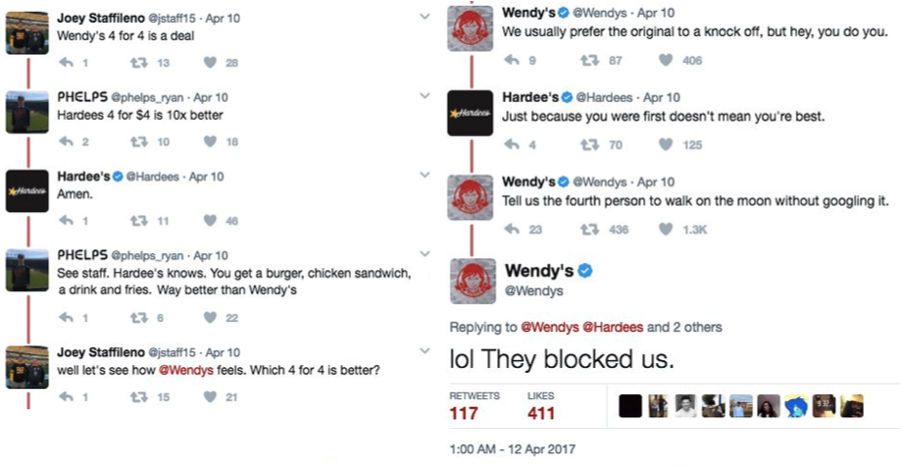 The Wendy’s Twitter account went viral in 2017 and has gained a serious following. People treat this “Smug Wendy,” as she is called by fans, with the same reverence that people have for popular TV show and movie characters — with some people even going so far as to create fan art of her.

So the question is, what was it about “Smug Wendy” that earned the interest of so many young people? At first glance, one may simply say, “Well, Smug Wendy is funny. People like humor.” While that is certainly a part of what made the fast-food mascot so popular, I believe there is something deeper.

Think about the world in which Millennials and Gen Z-ers have grown up. It’s a world where everyone can (and most do) have a digital persona quite different from his or her real identity. This has, in effect, made each person the author and the illustrator of his or her own story in the digital world. The problem is, it’s human nature to want to be liked, and many people manipulate their digital façade with that end in mind.

People who are self-conscious about their appearance can use profile pictures that either hide disliked features or avoid revealing themselves altogether. People who were not popular in high school can write a bio that neglects to share that information. People can make choices about what they like and believe based solely on popular opinion for the purpose of fitting in. And people can choose to post only the things that are consistent with the persona with which they want to be associated. It is easy to look popular, successful and happy when one Photoshops pictures, picks a backstory and controls the narrative of his or her life.

In many ways, modern life has been like an unending masquerade party where everyone is trying to persuade the world that they fit the mold society has deemed popular. The Internet has simply made it easier than ever to wear whichever mask is currently in fashion. As a result, authenticity is a rare commodity, especially in the digital world.

I suspect that this lack of authenticity is causing a number of problems. First, it makes meaningful relationships difficult because it is impossible to connect with people without truly knowing them. Second, it is difficult to achieve self-actualization if a person is exhausting his or her energy trying in vain to be someone else. And third, a lack of authenticity goes hand-in-hand with a lack of individual identity. It is all too easy to lose track of oneself after years of struggling to be someone else. This lack of identity, I believe, is the driving force behind the hipster movement and the recent trend in self-deprecation as well as, I propose, the success of “Smug Wendy.”

By breaking away from the common, perfect, professional image that most businesses promote and instead giving the company the voice of a unique, likable character with an identity that stood out (even if it was fictitious), Wendy’s touched on something that digital audiences craved: Individuality and relatability.

She became more than just a logo — she became a character with a very human personality that exuded self-confidence, defied both conventions and expectations, and acted in a way a normal person who was not afraid of social backlash would. She became someone with an identity who didn’t feel the need to be something she wasn’t. In effect, the puppet became a real girl, and that resonated with audiences who had spent years trapped between the desire to fit in and the desire to have and be comfortable with a unique identity.

As I said before, there is no one right way to market everything, and trends in marketing come and go. However, if there is something to be learned from the success of “Smug Wendy,” it’s that digital audiences crave human authenticity, and that businesses marketing to the younger crowd could benefit from not only saying that a product or service is great, but by presenting these ideas of authenticity and individuality. This could mean showing how a business — or a university — stands out and has its own identity, but it could also mean showing how a product, service or education can help customers/students find their own identity, all while creating a human connection.

(A former Executive Assistant at Capture Higher Ed, Alex Cracchiolo is an aspiring writer, director and actor who studied Motion Picture Studies at Western Carolina University. He currently works as a technical writer at USA Farm Labor. He lives in Waynesville, N.C.)